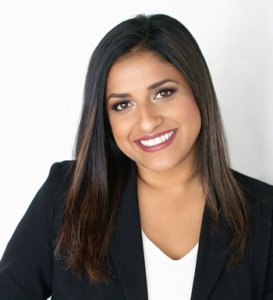 “It is as necessary for me to be as vigorous in condemning the conditions which cause persons to feel that they must engage in riotous activities as it is for me to condemn riots. I think America must see that riots do not develop out of thin air. Certain conditions continue to exist in our society which must be condemned as vigorously as we condemn riots. But in the final analysis, a riot is the language of the unheard.”

Dr. Martin Luther King, Jr. spoke those powerful words during his famous The Other America speech at Stanford University in 1967. Sadly, they are a haunting reminder that fifty-three years later, so much work still needs to be done.

Many say that racism is not increasing, it is just now getting recorded.  I agree. People of all races, ethnicities, and religions have been targets of hate crimes in America.   More recently, we have seen hate crimes against Hispanic people based on anger over undocumented immigration.  After September 11th, we saw a huge rise in hate crimes against Middle Eastern and South Asian people, based on stereotypes relating to terrorism.  But it seems one community in particular, the black community, has relentlessly been forced to endure racial injustice in our country century after century.   For this community, the injustice seems to never end.

If it were not captured on video, the disgraceful murder of George Floyd by Minneapolis police officers likely would never have come to light. This despicable demonstration of police brutality has our nation angry, leading to some protests turning violent and dangerous.

But even though Floyd's killing is currently bringing a spotlight to the police brutality problem in America – it is just the most recent example of why some law enforcement officers should not be on the street. As an attorney, I work with law enforcement officials every day in the course of my work. I know that the vast majority of police officers are honest, hard-working professionals, who sacrifice so much to serve our community.  But what about the other police officers?

Derek Chauvin, the officer shown on video kneeling on the neck of Mr. Floyd for five to eight minutes, likely received adequate training on how to correctly make an arrest and the proper use of force when necessary.  Even though he knew he was being recorded, he simply stuck his hands in his pocket, and continued to use his knee to suffocate Mr. Floyd anyway.  Why? Because he was both apathetic and confident that he would not face any consequences, even if Mr. Floyd died.

It is evident that some who wear a badge see it as a license to disregard basic human decency and their training, to abuse and even kill people of color. That arrogance and callousness must end.  No Empathy, No Conscience, NO BADGE.

The arrest of an unarmed person suspected of committing a crime should never involve him losing his life.  Incidents like these are extremely preventable by adequate training, meaningful oversight, and real accountability. Until police officers like those arresting Mr. Floyd understand that their actions will have consequences, injustice will continue, and sadly, riots will continue.

All of us, regardless of the color of our skin, profession, or political party, must demand accountability from law enforcement when it comes to atrocious actions like this.  Further, we must be able to trust that the prosecutors will charge those individuals for the crimes any normal person would be charged with for committing the same act.  There should be no privilege because the offender is wearing a badge while murdering someone. Obviously, there can be a close relationship between district attorneys and law enforcement officers, but integrity, ethics, and a promise to serve the interests of the people should conquer that.

Video is just a new tool that has allowed us to see firsthand the incidents of police brutality and racism that pervade our nation. But the fact is, this racial brutality has been going on for a very long time, without significant consequences. It is not hard to see why the black community is sick and tired of being sick and tired.

This is not a Democrat or Republican issue. This is not a black, brown, or white issue. This is an American issue. Protest has been an American tradition since before the republic was founded.  When injustice endures, we should speak up, protest peacefully, and do our part to make real changes.    Whether it be through our professions, legislation, social media platforms, or even just our dinner tables, every one of us must do our part to be the change we wish to see.