OPINION: Ahmaud Arbery’s Death by Vigilantes Should Outrage Us All

OPINION: Ahmaud Arbery’s Death by Vigilantes Should Outrage Us All 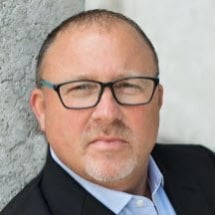 When this story came out, I was upset to hear about yet another black man's life being taken because of the color of his skin.

But now, having seen the video of what actually happened, I am flat-out pissed off.

On February 23, 2020, a 25-year-old Georgia man, Ahmaud Arbery, was jogging in broad daylight on a public street in a residential neighborhood. Suddenly, his young life was brutally taken by racist bigots who shot him dead in the middle of the street.

There were two calls to 911 that sunny afternoon.  During the first call, received at 1:08 pm, a man calls to report “a guy in a house right now, a house under construction.” The dispatcher asks if it appears the man has broken into the home, but the caller says, “no, it's all open, it's under construction.”

The dispatcher presses for answers about what the caller thinks the man was doing that was worthy of calling 911, but never gets an intelligible answer.

Travis McMichael is the son of Gregory McMichael, a 64-year-old former investigator with the Brunswick District Attorney's office in Georgia.  The third man involved, the one who captured the attack on video, has been identified as William “Roddie” Bryan.

This all happened over two months ago.  Yet, due to deep corruption that still exists within some law enforcement agencies, this video was blatantly mischaracterized by District Attorney George Barnhill and the truth of what happened was deliberately concealed.  Thankfully, the video of the incident was released publicly, resulting in public outrage and the Georgia Bureau of Investigation stepping in.  Finally, on May 7, 2020, the McMichaels were arrested for charges of murder and aggravated assault.

Can you imagine what would have happened if the killers were black, and the jogger white?

I have been a lawyer for over twenty-five years, including my time as an Assistant State Attorney here in the Twentieth Judicial Circuit. The ruthless killing of Ahmaud Arbery makes my blood boil and my stomach sick. We have laws in America for a reason – to prevent this kind of prejudice, racism, and vigilantism. We rely on our elected officials to enforce these laws.  As long as this type of corruption continues in certain areas of our country, there will always be a lack of faith in our justice system.

I am a native of the South, born and raised right here in Fort Myers. I drive a pickup truck. I like guns and I own several. I enjoy shooting, hunting, and fishing. Some may even consider me a “good ol' boy” because of my hobbies, interests, and the length of time I have lived in Lee County, 50 plus years.

But let me be clear. This senseless murder is not about second amendment rights, it is about hate, bigotry, and the unfathomable racist divide that still exists in this country. This was nothing less than a modern-day lynching by racist vigilantes. I hate to even imagine that this could have happened today. Sadly, it happens all too often.

Each of us must denounce the actions of these murderers and demand a higher standard of ethics and integrity from those with the authority to enforce the laws of our great nation.  I love our country and we must all do our part to rid society of the racial hatred and bigotry around us.