Bad News for Cyclists and Pedestrians: Fatal Crashes on the Rise 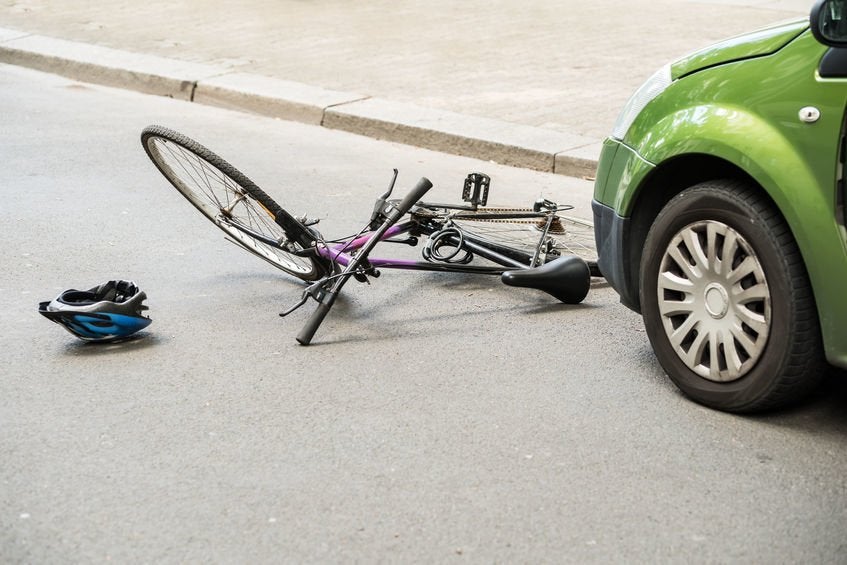 While the number of fatalities caused by car crashes has gone down slightly in the last few years, those involving bicyclists have increased by 10%, according to new data released by the National Highway Traffic Safety Administration (NHTSA). The same report says that pedestrian fatalities rose by 4%. These numbers reflect the highest death rates since 1988.

Car manufacturers are making great strides in efforts to make cars safer for those inside, but they've been less successful in developing safety technology to prevent or reduce the risk of a car striking a cyclist or someone on foot.

Experts have several theories on why the death toll for cyclists and pedestrians is on the rise. Many point to the increase in distracted driving as a major cause, while others say that the increase in SUVs is also partly responsible. An SUV has a much higher center of gravity and the bumper and grille area is much higher off the ground, which can cause a person on a bicycle or on foot to be forced underneath the vehicle, as opposed to being tossed up onto the hood and windshield of a passenger car.

Automakers have taken measures to keep car occupants safe, like more and larger airbags, auto braking sensors and audible signal alerts when a car gets to close to another vehicle. But in most cases, auto manufacturers are not as proactive when it comes to keeping cars from hitting cyclists and pedestrians.

The United States is lagging in developing pedestrian and cyclist safety technology into their cars when compared to some European automakers, where cyclist and pedestrian safety rules are more stringent. While a few US automakers have introduced bicycle and pedestrian detection that is built into their automatic braking systems, most are offered as an additional option you must pay for.

There was a time when car manufacturers even considered installing an outer airbag onto the front of vehicles to reduce the severity of an injury to a pedestrian or cyclist was hit by a car. But, that idea never got off the drawing board. Some European automakers, like Volvo, among others, are designing and building cars with more flexible hood and fender panels to help reduce the impact if a car hits someone on a bicycle or on foot.

The advent and progress of Artificial Intelligence, (AI), where computers are designed to mimic human thought, has shown a lot of promise when it comes to automotive safety, and it is thought that improved pedestrian and cyclist detection systems are coming within the next 3 to 5 years.

“All you need to do is stand on a corner and attempt to walk across the street to see the significance of the problem”, says pedestrian and cyclist personal injury attorney Mike Noone, of the Goldberg Noone Abraham Law Firm. “I see it every day – people are not paying attention to the crosswalk, they're either in a big hurry or maybe even playing with their phone. It really is a dangerous situation.”

Car-versus-pedestrian or bicyclist crashes are some of the most serious types of impacts, as you may imagine. The likelihood of sustaining a severe injury or even losing your life is very real, and unfortunately the numbers are going up. If you or someone you know has been victimized by being hit by a car while riding their bike or on foot, speaking to an experienced and skilled personal injury attorney is as easy as picking up the phone. It never costs a thing to talk to us to determine if we may be able to help recover financial compensation to help you with your medical bills, future medical care, lost wages if you've been rendered unable to work, and more.

Call the Goldberg Noone Abraham Law Firm at 239-461-5508 anytime for a free, no-obligation consultation to discuss your case. Or if you prefer, fill out this short form and one of our attorneys will reach out to you immediately.