America, and the Freedom to Blow Stuff Up

America, and the Freedom to Blow Stuff Up 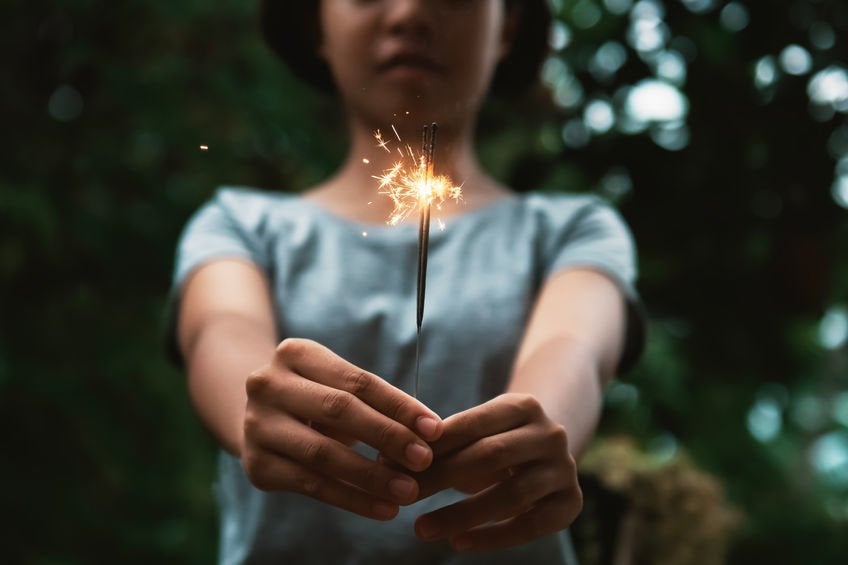 Our great country is getting ready to celebrate another birthday on July 4th, our Independence Day. Along with the cookouts and beach trips comes fireworks, and Americans are known for our love of lighting things on fire and watching them blast into the sky on this festive summer's night.

Southwest Florida corners are now home to pop-up fireworks tents, selling bottle rockets, sparklers, cherry bombs and hundreds of other items designed to add some exciting pyrotechnics to our community events and backyard barbeques. You have to wonder how brick and mortar fireworks stores do enough business to operate year-round, but that just shows our love for having the freedom to explode things when we feel like it.

And although many think it was America that came up with this celebratory tradition, the ancient Chinese were using fireworks to bring in the new year and commemorate other important events more than 2,000 years ago. Somehow the tradition made it to the United States around the early 1700's, and we've been having a blast with them ever since.

From large city productions like Cape Coral's Red, White & Boom to thousands of people shooting off small rockets in their back yard, the majority of fireworks celebrations come and go without any problems, and everyone goes home safely, basking in the glow of our country's historic freedoms.

But, as in just about everything in life, there are risks involved in using fireworks, both physically and legally.

First, You're Buying Them to Scare Away Birds, Right?

When you visit a fireworks vendor and take home certain types of fireworks, you're going to be asked to sign a waiver. Very few people, if any, actually take the time to read this piece of paper before they sign it because they're too excited to get home and test what they just bought. The waiver is meant to protect the seller in the event that there is an accident or injury caused by the fireworks they sell, and it says that you are agreeing that you have purchased the explosives to scare birds from your farm or agricultural property.

Everyone winks and chuckles when they sign the waiver, knowing full well that birds are not a problem on their residential lot. Waivers of any kind – whether it's the printed warning on the back of a sporting event ticket or a release you sign renting a jet ski – are designed to indemnify the vendor, supplier or manufacturer of a product or service from any future liability or accountability in the event something goes wrong. The people winking the most are those vendors, because they know that they're not on the hook if you end up hurting yourself using their product.

An injured person will have no ability or legal right, except possibly in extreme circumstances, to take any legal action against a fireworks seller if they blow off a finger, shoot an eye out or cause property damage. There are always very serious injuries over the 4th of July holiday, even death – the Consumer Products Safety Commission reports there are an average of 7 fireworks-related fatalities in this country every year.

But an injured person that signs that piece of paper usually has no legal recourse against the seller or manufacturer of the fireworks unless the fireworks are proven to be defective, or the waiver was not worded correctly.

Technically, unless it's a simple sparkler, “glow worm” or fountain-type firework product, its illegal. But that doesn't stop people from using them.

The “legality” of setting off fireworks is another issue. Local law enforcement knows that in order to possess certain classifications of fireworks, you were made to sign the “scaring the birds” waiver. If an irritated neighbor calls the cops because you're exploding stuff late into the night or a bottle rocket damaged their roof, the police are going to check your waiver form to make sure that at least you came to possess the explosives under the current legal requirements, as weak as those are.

Every year, there are hundreds of fireworks complaints called into local police agencies throughout Southwest Florida, from noise and nuisance calls to fights, gun shots and other more serious calls. As you can imagine, there are far more calls than there are cops on the street, so they are overwhelmed on the 4th of July. If police do show up to a call and determine that a citation for a noise violation is warranted, they can issue one. The offender will pay a fine, and that will be it. In most cases, the local police have the independent discretion to evaluate each individual call and could opt to issue a warning, explaining what the offender did wrong and advising them to stop that activity.

Fireworks offenses, depending on the circumstances, are generally misdemeanors, which means the cops need to see what happened in order to write a citation. That is an extremely rare circumstance, so most people expect that they can set off illegal fireworks in their yard and not suffer any legal consequences. If someone is suspected of a more serious offense like starting a fire or causing another person to suffer a serious injury, the police will deal with those through a possible arrest with some jail time, plus other substantial financial and legal penalties.

The Cape Coral Police Department published some good information on the legal aspects of shooting off fireworks, which you can read here.

Have Fun, But Be Smart

If you're the type who enjoys setting off fireworks on the 4th of July, here are some things to consider before you flick your lighter:

Using your head during your 4th of July celebration will reduce the possibility of hurting yourself or someone else, or causing serious property damage while setting off fireworks.

This year, the 4th falls on a Thursday, so it's likely people in your neighborhood will not be happy if they're kept awake on a night when they have to get up early for work the next day. Use some common consideration and don't shoot off loud explosives late into the night, and keep your guests and your music to a reasonable noise level.

The attorneys and staff at the Goldberg Noone Abraham Law Firm want everyone to enjoy a fun and safe 4th of July celebration, and to use common sense in order to avoid any physical injury or a legal problem caused by fireworks.

God Bless America – celebrate or country's independence by making smart choices and thinking things through. No one wants a holiday marked by a tragic fireworks mistake.