Motorcycle Awareness Month: EVERYBODY Needs to Do Their Part 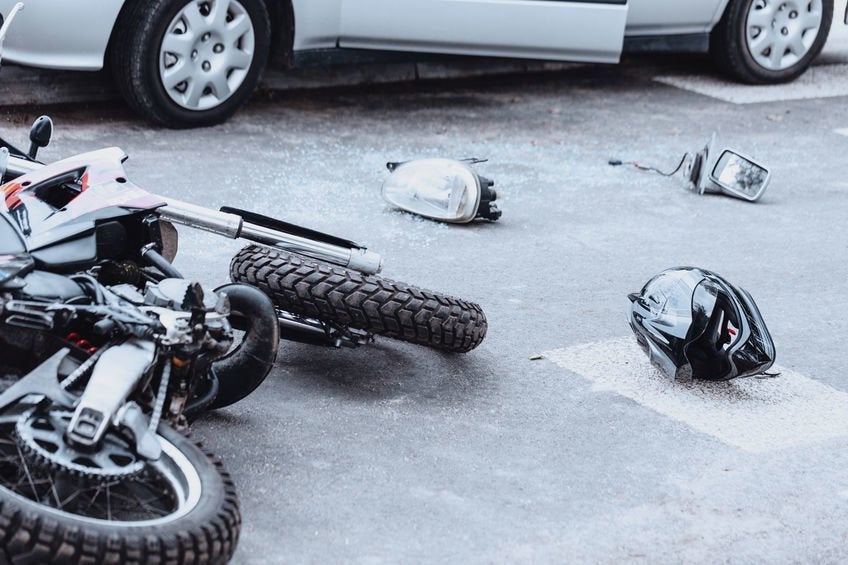 May has been designated as Motorcycle Awareness Month by the National Safety Council in an effort to spotlight the responsibilities of both bikers and drivers to watch out for motorcycles, and to reduce the number of bike crashes and fatalities.

Of course, drivers of passenger cars, truck drivers and everyone on the road should always take extra precautions in watching out for bikers – but motorcycle crashes are still far too prevalent.

Seldom a day goes by that you don't read about another biker fatality here in Southwest Florida. And as we have learned over the 20 years we've been helping motorcycle crash victims and their families, far too many crashes happen because someone behind the wheel made a careless or negligent driving decision.

Whether it's making a left turn into the path of an oncoming biker or running into them in a rear-end collision, there are a staggering number of drivers out there using the same refrain that ‘they never saw the bike.' Our law firm has recently won multiple jury verdicts on behalf of the family members of bikers who lost their lives as the result of another person's negligent driving actions, and in 2 of those trials, a driver made a left turn into the right-of-way of an oncoming motorcycle. The devastation – both physical, and emotional for the family left behind – is something we'll never get used to seeing. But, we're proud of our work seeking justice for the family when someone else needs to be held accountable for their actions. You can read more about our jury verdicts here and here.

According to stats compiled by the National Safety Council, there were 5,172 motorcyclists or motorcycle passenger deaths in 2017. This is double the national fatality rate from 1997, and represents 14% of all fatalities for 2017. The number of biker and passenger fatalities is particularly alarming when you consider that motorcycles make up just 3% of all vehicles registered in the United States, and only 6/10ths of a percent of vehicle miles traveled.

Here is a direct quote from a statement issued by the U.S. Department of Transportation's National Highway Traffic Safety Administration:

“When motorcycles and other vehicles collide, it is usually the other (non-motorcycle) driver who violates the motorcyclist's right-of-way (NHTSA, 1998). There is a continuing need to help other motorists “think motorcycles” and to educate motorcyclists to be aware of this problem.”

It seems ironic that the only cars you see around town with “Watch Out For Motorcycles” bumper stickers are owned by a biker. There are just too many drivers on the road who don't make a practice of actually looking for motorcycles. Statistics point to many reasons why cars and motorcycles collide, like a driver not seeing the motorcycle, not anticipating where the motorcycle is going and visual obstruction like a blind spot or another car or truck.

The NHTSA also notes that in 2017, 36% of motorcyclists killed while riding were aged 50 or older. These are sometimes called “re-entry” riders, because they likely rode when they were much younger, but have decided to get back on a bike at age 45 or more. Sometimes, an older biker may not realize that there is much more traffic on our roads than when they were in their 20's, people are far more distracted behind the wheel now, today's bikes can be much more powerful than one they used to own and maybe their riding skills aren't what they used to be.

Even the Toughest, Most-Skilled Bikers are at Risk

The Goldberg Noone Abraham Law Firm does advocate for wearing a helmet when you ride, and recommends all riders take an up-to-date motorcycle rider safety course to make sure they are doing everything they can to reduce their risk of being in a traffic crash. But the fact is, even someone who has been riding for decades is susceptible to being struck by the driver of a car or truck.

To be fair, there are bikers among the fatalities who were responsible for their own death. Many crashes involve alcohol use by the biker – 28% of the 5,172 crashes in 2017, for example. Also, speeding and losing control of their bikes resulted in many bikers losing their lives, several right here in Lee County.

Smart bikers know what to do and how to ride to minimize their risk of being hit by a passenger car, but even the best of intentions does not mean you won't become a victim of a negligent, careless or just plain stupid driving error.

Here are some things bikers can do to try to make it back home alive:

Every Month Should be Motorcyclist Awareness Month

In our work as personal injury attorneys, we've seen so many tragic cases of a biker sustaining extremely severe injuries, or even losing their life, because someone was irresponsible while behind the wheel. Driver error is the cause of 97% of all motor vehicle crashes, and that fact is usually a key element in the cause of motorcycle collisions.

If you or a biker you know has suffered a serious injury in a crash caused by someone else, we're always here to help. Our years of standing up for the legal rights of injured victims means you'll have a passionate advocate at your side every step of the way in obtaining fair financial compensation for your injuries. This is a very complicated process that is difficult, if not impossible, to go through by yourself. The Goldberg Noone Abraham Law Firm will take on all of the negotiations with the armies of attorneys and adjustors at the insurance companies, and as we do in all cases, fully prepare to go to trial if those negotiations do not end satisfactorily.

We've helped dozens of local riders over the past 20 years our firm has been in existence, and it only takes one call to find out if you may have a legal claim for financial compensation. You'll never pay a thing to have us represent you, and we're only owed a fee if we are successful on your behalf.

If you have any questions at all, call us at 239-461-5508 to speak directly to an experienced motorcycle crash injury lawyer. Or you can complete this contact form and an attorney will call you immediately.