Congestion and Crashes: Is Fort Myers Ready for Flyover Roads?

Congestion and Crashes: Is Fort Myers Ready for Flyover Roads? 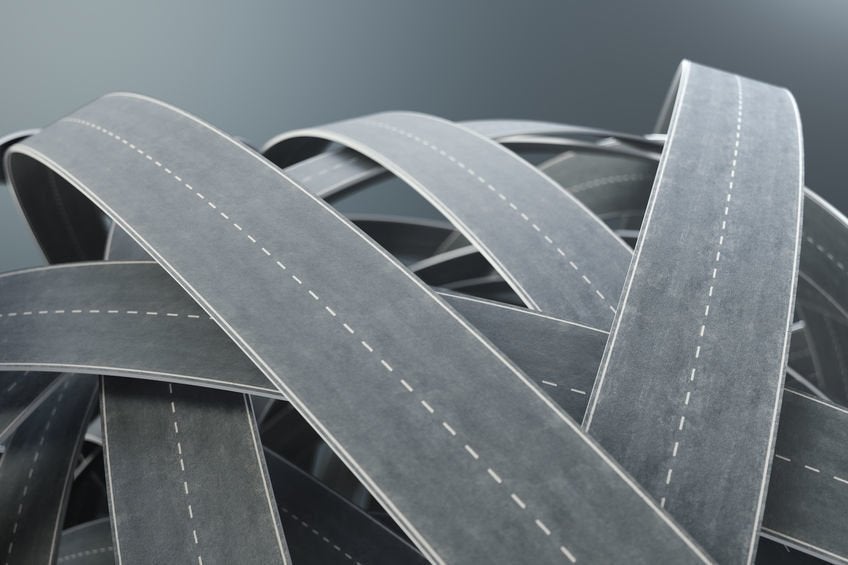 With the passing of the Easter holiday comes the annual migration of ‘snowbird' residents and vacationers back up north to their summer homes. If you've lived in the Fort Myers area for any length of time, you'll understand the sigh of relief locals feel about having a little less traffic congestion on our area roads.

But a recent article in the Fort Myers News-Press suggests that maybe, just maybe, Lee County politicians and traffic planners may be looking down the road, so to speak, to find solutions to the long-term effects of congested traffic in Southwest Florida.

As local personal injury attorneys, we deal every day with the aftermath of serious traffic crashes in Southwest Florida. Our clients have been hurt, in almost all cases, because someone else made a very bad driving decision that caused a crash. These driver errors can be called careless, reckless, negligent or just plain stupid. But the end result is someone is facing huge medical bills and perhaps a lifetime of trying to recover from their injuries, and a lot of those situations are the result of too many cars trying to share the same roads, particularly in ‘season.'

The article points out that County Commissioners are looking into the possibility of adding flyover roads at or near intersections on some of our area's busiest and most congested roads, like Daniels Parkway and Colonial Boulevard. The word ‘gridlock' is used in the story, and if you've ever had the misfortune of trying to get somewhere when there are two spring training baseball games scheduled on the same day, you know that word all too well.

People generally don't mind an increase in traffic when the visitor season arrives, but it seems lately the roads have become filled to capacity, and above.  People can deal with leaving a few minutes earlier than normal to get to where they're going – it's when they're stuck standing still in traffic for inordinate amounts of time that some start to change their driving habits for the worst, and we end up with more traffic crashes.

Heavy traffic congestion can lead to people making poor driving decisions that they normally may not make. A frustrated driver who is 20 minutes late for an appointment may decide to race through a yellow – or red – stop light at the last minute. People whose patience is being tested behind the wheel may dart out into the right of way of oncoming traffic, when ordinarily they may wait. Speeding, one of the leading causes of serious traffic crashes, is far too prevalent around here. Distracted driving, whether it involves using a cell phone or eating a burger, is also a major cause of serious motor vehicle crashes in Lee County.

One of the solutions that county officials are researching is the addition of flyovers to the most heavily congested intersections. There are some flyovers locally now, like on Colonial going over U.S. 41 and on the way to the beaches on Gladiolus Drive, merging with a flyover onto Summerlin Road, to name a couple.

But with the alarming number of people expected to move here in the next 20 years coupled with seasonal visitors that already have our roads packed to capacity, will flyover road designs be enough to help alleviate the congestion?

There are already some pretty ambitious road improvement projects scheduled to begin in 2019, and some of them are like nothing we've ever seen locally before. According to the News-Press, they include:

Roundabouts are also popping up throughout Lee County, with the most recent one being installed on S.E. 47th Terrace and Vincennes Parkway in downtown Cape Coral. (There were plans to install one on historic McGregor Boulevard near downtown Fort Myers, but concerned local residents got together and convinced County Commissioners it would be detrimental to the road's history, and the majestic palm trees planted by Thomas Edison in the city's early days.)

Even with these large-scale road design and construction improvements, planners are worried that they may not be enough for the expected increase traffic counts at intersections like Colonial Boulevard and Six Mile Cypress Parkway.

State transportation officials project about 136,000 vehicles will pass through that intersection daily by 2038, whereas the estimated count there in 2012 was just 54,000 – a 156% projected increase.

As for flyovers, there are some professionals in the traffic planning and highway engineering fields who feel adding a flyover is not the answer everyone may be hoping for. Dr. Walter Hook, the executive director of The Institute for Transportation and Development Policy, has been quoted as saying “flyovers only take traffic congestion from the ground and raise it up in the air.”

But perhaps Anthony Brown, a former traffic research expert at The Brookings Institution summed it up best when said, “If a region's population is growing rapidly, as in Southern California or Florida, any expansions of major expressway capacity may soon be swamped by more vehicles generated by the added population.”

The addition of a flyover traffic bridge is not a guaranteed way to reduce the number of traffic crashes. While separating the traffic travelling in one specific direction onto a flyover route and allowing others to use the traffic lanes below the flyover, studies have shown that there can be a significant reduction in wait times at traffic signals. But there are other traffic safety concerns that come into play.

Traffic heading across a flyover can be moving significantly faster than traffic on the ground level, increasing the risk for more serious collisions. A flyover can also mean an increased risk of drivers hitting the concrete abutments or metal guard railings surrounding it.

When it comes to roundabouts, there are studies that show that serious injury crashes can be reduced by as much as 82% at a roundabout where there used to be stop signs or electronic traffic signals. The Federal Highway Administration has published a report stating that because roundabouts have fewer “conflict points” and vehicles are travelling at a lower rate of speed, crashes resulting in severe injury or death can be reduced.

Of course, approximately 94% of traffic crashes are caused by driver error, (National Highway Traffic Safety Administration). When a new roundabout, or any other major road construction project that changes the way you get through it, are built, people don't always figure out how to use it properly. It takes time for drivers to get used to the new traffic patterns, and as with other roads, driving while distracted or speeding is still a factor, even with a supposedly improved road design.

Michael Noone, a partner in the personal injury law firm of Goldberg Noone Abraham in Fort Myers, says we won't be seeing huge improvements anytime soon. “Some of the roads that are being targeted for improvement are slated for 20, 30 years out”, he points out. “We have serious traffic congestion problems now all over the county, and I fear we'll just be playing catch-up with the huge numbers of cars that will be on our roads.”

Noone has lived in Lee County for decades, and understands that with more people comes the need for more and better roads. “In 20 years, you won't recognize parts of Lee County because flyovers and other innovative road construction projects will start to make it look more like Miami”, he says. “I don't think anybody really wants that, but that's where we're headed.”