Are Florida “GrandDrivers” Safe to be On the Road? 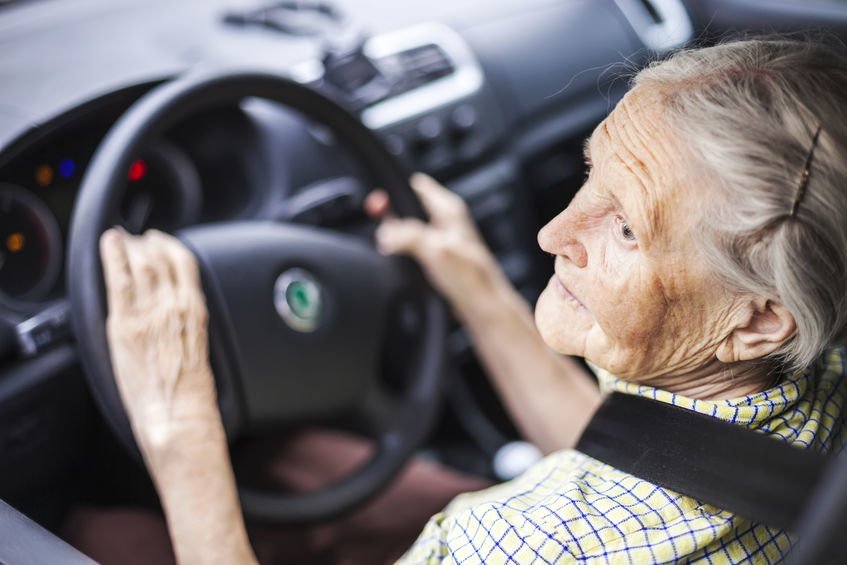 Our “season” is in full swing right now, with spring breakers, vacationers and ‘snowbird' residents all trying to share the roads in Southwest Florida with the locals. During this seasonal influx of more drivers, we see more traffic crashes, some much more serious than others.

And yes, the term GrandDrivers is an actual thing, coined by the Florida Department of Highway Safety and Motor Vehicles. Because they are such a prominent segment of our local population, news accounts of local crashes often indicate one or more of the drivers involved were senior citizens, meaning over the age of 65. One of the first questions that comes up is, did an older driver make a bad driving decision because they were not fit to be behind the wheel?

It may seem easy to blame traffic crashes on elderly drivers, especially considering how many we have in the Fort Myers area. To be fair, the age group of 20-24-year olds are responsible for 13.1% of Florida crashes, while those aged 65 or older accounted for just 10% of crashes. This is a consistent trend over the course of the past 5 years.

But when you look at the projected population growth and drivers license statistics in Florida, there are concerns that are a little alarming; by 2030, there will be 7.7 million people age 65 or older in Florida, more then double the number in 2010. More older residents means more older drivers on the road.

Senior drivers are holding on to their licenses longer, and in many unfortunate cases, they simply should not be behind the wheel of a car.

No one likes to lose their independence and their ability to hop in the car, to go out for a meal, do some shopping or get to a doctor's appointment. But the fact is that as we get older, our senses can become diminished, our vision can deteriorate and we can become disoriented or confused more easily, among other issues.

It's often left up to the children of an older driver to take control of the situation and have ‘the talk' with their older parents about the safety of driving after a certain age. These conversations can be extremely stressful for everybody involved, and can cause serious strain on family relationships. If you have a parent over 70 or so who you've noticed isn't quite as sharp behind the wheel as they used to be, there's two things you can do – stick your head in the sand and ignore the situation, or have a serious talk with them about their abilities behind the wheel.

But in a lot of cases, there may not be any kids or other family members to step up and say something to an elderly driver. While it's true that Florida offers many resources to help older drivers stay safe behind the wheel, these programs are voluntary. If an older driver does not believe they have a problem, they won't make the effort to check into Florida's programs and resources for older drivers.

Florida's Department of Highway Safety and Motor Vehicles offer several excellent programs designed to make sure elderly drivers are still fit to be on the road. Their CarFit program is a great resource to test the skills of older drivers, and there are many more ways someone can take steps to see that mom or dad are safe to be driving. You can find much more information here.

Ironically, Florida laws regarding the testing of older drivers are not as stringent as other states that have far fewer older drivers on the road. In Florida, a driver who is 79 years old or younger need to renew their drivers license every eight years. When you reach age 80, you need to renew your license every six years, and you need to pass a vision test – not an actual ‘on the road' driving test.

As you can imagine, a lot can happen to a person within a six-year period, including declining vision, the onset of some form of dementia, a decrease in motor skills, cognition, and clarity, loss of balance and many more issues. The presumption that an older driver does not need a road skills test is based on the fact that they've been driving for years and should know how to do it safely. A newly-licensed driver, like a teenager, has not had any real experience behind the wheel, so the state requires them to actually be tested behind the wheel with an examiner sitting beside them.

Why don't they require that of elderly drivers, too?

Goldberg Noone Abraham Law Firm recently received a $2.3 Million jury verdict on behalf of a 17-year old motorcyclist who was killed by a woman who made a left turn in front of him. The driver, a 78-year old woman, had told law enforcement she had no vision impairment, and did not wear glasses when she drove.

In fact, our investigation into the crash, including our fight to subpoena and obtain her eye doctor's records, indicated she was deemed legally blind, and was afflicted with severe cataracts. He eye doctor had instructed the woman to follow up on getting her cataracts taken care of, but she failed to do so.

We feel this was a case in which the elderly driver simply should not have been behind the wheel of a car. You can read more about the case here.

Is it Time to take Mom's Keys Away?

The many older driver safety programs offered in our area provide a good opportunity to find out if an elderly driver you may know is fit to be behind the wheel. It can be an easier pill to swallow when a third party and not a family member tells an older driver that they should consider giving up the keys to their car.

Of course, there needs to be plans in place for making sure your older parent or loved one is not left stranded without any way to get around, or the ability to provide for themselves. Ideally, family members should be prepared to pitch in to help get the person where they need to go. There are also ride sharing apps like Uber and Lyft that can be used to get older people to the grocery store or doctor's visits, and several Southwest Florida charity and community outreach programs offer local transport vans and busses to help our older residents who can no longer drive get there they need to be.

The first step a responsible person should take is an honest evaluation of the elderly driver's capabilities. Get in the car with your mom or dad and have them drive you someplace. If you observe any scary or alarming driving behavior, it may indicate it's time to make some tough decisions about having them give up their car keys.

Imaging the feeling of doing nothing, and then finding out your elderly parent was responsible for causing a crash because of their inability to drive safely. These types of scenarios are an example of waiting to take action until it's too late, and a tragedy happens because no one faced reality and did the right thing.

The state also offers a form that can be filled out in order to start an investigation into an older person's driving skills. This form is meant for someone who has serious concerns about a senior driver's capabilities when behind the wheel. Physicians are also able to report an elderly patient's declining vision, or their deteriorating mental or physical capabilities to the state when they feel their driving abilities are no longer sharp enough to keep them and others on the road safe. The state's form is a starting point, and it takes a while for investigators to conduct their work, but it can be more convincing when bringing up the subject with someone you love than telling them yourself.

You can find the proper form to report a driver you may feel is no longer able to drive safely here.

These types of situations are never pleasant, but can be a vital step in not only keeping your elderly loved ones safe, but also all the others on the road who they may encounter. The end result is about the overall safety of our area's roads, not about depriving a family member of their freedom. We all know people who are either just starting to demonstrate some driving difficulties, and others who should have been taken off the road years ago.

Serious situations require tough decisions. If you're not sure if your mom or dad is still able to drive themselves safely, make a point to find out. And don't take their word for it – you need to get in the car with them and see for yourself. If you see behaviors that make you fear for their safety and that of other drivers, don't ignore it – take immediate action.

Your actions could save a life.