Rape in Nursing Homes: What REALLY Goes on Behind Closed Doors 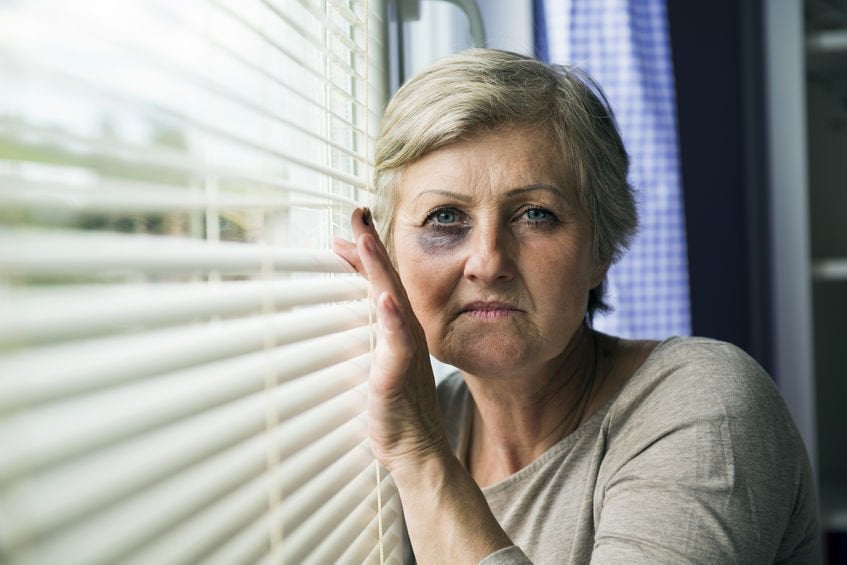 We've written before about the lack of staffing and inadequate care that occurs at some nursing homes and assisted living facilities. As personal injury attorneys who handle nursing home abuse and negligence cases, we've unfortunately seen a number of instances of severe bed sores, lack of proper nutrition, poor hygienic care and unsafe, dirty facilities.

But there are far more serious issues that happen in some nursing homes and ALFs that involve the most heinous instances of physical assault – rape.

Nursing home abuse lawyer Sheba Abraham, a partner at the law firm of Goldberg Noone Abraham, points out how all these tragic incidents were easily preventable.

“Negligent security is a major factor in the Houston attack, not to mention having a more secure entry area,” says Abraham. “In the case of Luis Gomez, how could you employ a person who had such a lengthy list of alleged previous assault and abuse accusations? And in Ohio, they never should have had a convicted felon living in a facility where he was largely unsupervised.”

The answer to the question about Luis Gomez is a shocking one. Even though Gomez was reported to have been accused of inappropriate and abusive actions at several of his previous places of employment, they were never ‘substantiated' by investigators.

In the case of someone with dementia or Alzheimer's, they often initially are not believed by the people they report the rape to, both at the facility or within law enforcement. It can be very difficult for a person suffering from dementia to explain what happened to them, as they are likely confused and traumatized following a violent sexual assault. And in the case of Gomez, his victim died shortly after the attack.

Fortunately, two of his other victims at the North Carolina nursing home were in their late 50's and early 60's and lived there due physical problems, and they were mentally able to remember and speak about their attacks. One of them was quoted as saying, “he attacked the wrong woman.”

Is Your Loved One Really Safe?

As mentioned, prosecuting an alleged case of sexual assault against someone in an incapacitated state can be very difficult. So many victims have said they have stayed quiet, living in fear every minute, because they didn't think anyone would believe them. In other cases, they do not have the mental capacity to recollect, remember or even speak about what has been done to them. Without their cooperation, holding an attacker accountable can be nearly impossible.

Unless someone that works at the facility says something.

Thanks what happened in the case of Gary Earls. A nurse had the common sense to report, and later corroborate, the attack. Without her testimony, it is very likely Earls would have never been found out, and would still be living at the same facility, endangering every life in the place.

Nursing homes and assisted living facilities, especially overnight, can be drastically understaffed. Bed sores come from staying in the same position for too long, because staff either doesn't have time to check on them, or just doesn't do their job.

When you visit an assisted living facility to take a tour and check the place out, you're almost always required to make an appointment. We often wonder if the tours would look the same if you popped in unannounced at 7:00 pm?

We've also written before about the financial side of operating a nursing home, or in many cases, a chain of nursing homes. Large corporations have discovered that billing insurance companies and Medicare can be a cash cow, and frankly the actual level of care the patients receive is secondary – if they consider it at all.

Any smart business operator will always try to keep their costs down, and a big part of that is hired labor. But it's one thing when the corner grocery store is short on staff, and it's quite another when lack of personnel could mean the difference between your elderly mother being raped or not.

What To Do if You Suspect Elder Abuse

There are several resources you can use to check out nursing homes and assisted living facilities before you decide to let your family member live there. You can read complete records of any infractions they've had levied against them, find out who the owners are, whether they've ever had their license suspended or revoked. If you have a loved one in a nursing home, assisted living residence or rehab center and you suspect something is wrong, you owe it to yourself to investigate as aggressively as possible. Demanding answers and assuring that a friend or family member has proper and adequate care is your right, and the right of the patient.

The Area Agency on Aging for Southwest Florida has a huge number of links to helpful information, including an Elder Helpline. You can find it here.

For a complete record of performance and infractions on every nursing home in Southwest Florida, please click here.

Goldberg Noone Abraham Law Firm is skilled at handling nursing home abuse or neglect cases, as well as issues involving lack of proper security, or premises liability. If you ever feel there is a problem in a nursing home facility, it will never cost you a thing to call us for answers to your questions. We will gladly discuss your circumstances with you and help you determine if you may have a case for legal action. You can call us at any time at 239-461-5508, or complete this simple form and we'll contact you immediately.