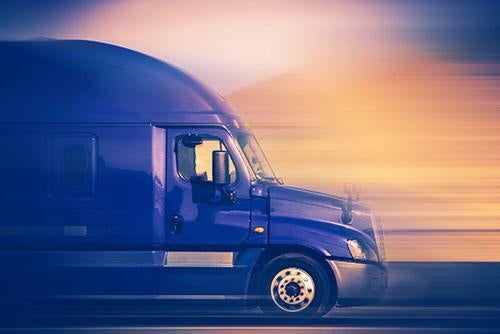 The National Highway Traffic Safety Administration, (NHTSA), has released preliminary details about the number of traffic deaths in the U.S. for 2017, comparing their data with stats from 2016.

The good news is there were 673 fewer deaths in 2017 than in 2016, when you include all of the categories used in the analysis of the data. But, the category of “large trucks” showed an increase in the number of crash fatalities, with a 9% uptick. The NHTSA defines “large” trucks as those having a gross vehicle weight of 10,000 pounds or more. They then further define the category into tractor-trailers, or trucks that have “combinations” of cab and trailer(s) that are being towed, as opposed to “straight” large trucks that are considered as “single units.”

Traffic deaths were up 5.8% for tractor-trailer combinations, while crashes involving single-unit straight trucks showed a 18.7% increase in fatalities. The number of fatalities involving large trucks in 2017 was 4,761, an increase of 392 from the previous year.

The administrator of the Federal Motor Carrier Administration, Ray Martinez, which regulates safety standards and compliance for large commercial vehicles, pointed out that in 25% of crash deaths involving large trucks, failing to wear a seatbelt was a contributing factor.

“These days, with the number of serious crashes in Southwest Florida and across the country, it's hard to fathom why someone would not be wearing a seatbelt while in a car,” said Fort Myers personal injury and truck accident attorney Michael Noone. Noone is a Partner in Goldberg Noone Abraham, a law firm based in Downtown Fort Myers, Florida.

“Our firm has represented people who have suffered extremely serious injuries, and even lost their lives, in crashes involving large trucks”, Noone points out. “As you can envision, the extreme weight of a large truck can create an impact scenario that is considerably more severe than one involving two like-sized passenger cars. This can result in traumatic head and brain injuries, the severing of an arm or leg and other catastrophic injuries.”

In big rig crashes, obtaining financial compensation for your injuries or the wrongful death of a family member is most often much more complicated than a case involving passenger cars. Things that a skilled personal injury attorney will investigate involve looking closely at the trucking company's record of service maintenance on their trucks, the training and past driving record of their drivers, the number of hours a big-rig driver has been behind the wheel at one time, or ‘driver fatigue', and much more.

Noone also notes that the same bad driving habits used by passenger car drivers can affect big-rig drivers, too. “Texting or other distractions, drowsy driving, speeding and aggressive driving – all of those things have been shown to be factors in large truck crashes, even for so-called professional drivers.”

People who have sustained serious injuries as a result of negligence or carelessness of the driver of a large truck need to seek help immediately. An experienced personal injury law firm will quickly begin to discover and preserve critical evidence related to the crash, and instigate a thorough investigation into the truck's legitimate ownership, whether the driver was adequately trained and experienced in driving a big rig, whether the truck was on the road with sufficient safety and operational factuality, and more.

You're going to have so many questions, but getting the answers is easy. Call Goldberg Noone Abraham at 239-461-5508, or just complete this easy form and we'll contact you immediately. We're here to answer all of your questions, whether you end up hiring our firm or not. The sooner you have all the correct information you need, the sooner you can begin to make informed decisions about starting to rebuild your life, and get help paying your medical bills.