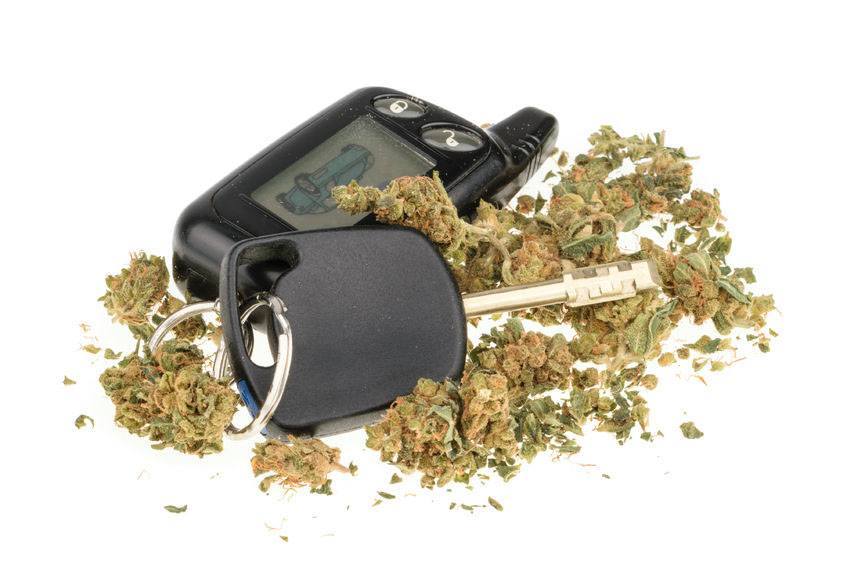 A new public awareness media campaign was just launched by the Florida Department of Highway Safety and Motor Vehicles, (FLHSMV), to warn people about the dangers of driving under the influence of marijuana.

The new $5 million marketing initiative is called “Drive Baked, Get Busted”, and includes ads on radio, television, billboards and other outlets. The message is meant to remind people that driving after having smoked or consumed marijuana is just as dangerous as driving while intoxicated on alcohol. Many drivers may be under the impression that driving while ‘baked' is not as bad, or does not result in as serious an impairment than does drinking – but many studies say that's not true.

Law enforcement agencies don't have nearly the same amount of data related to car accidents involving drivers impaired by marijuana as they do about drivers who are drunk. There simply are not the same testing methods for pot smoking or ingesting marijuana in edible form as there are with alcohol detection, like the ‘Breathalyzer', used to check blood alcohol content, or BAC.

A component of this new media awareness campaign by the FLHSMV is to continue collecting information about impaired drivers, specifically drivers who test positive for drugs after a crash. While the Breathalyzer for determining a person's BAC has been around awhile, (although its accuracy and dependability have been questioned), there really is no test or procedural system in place to do a road-side check for marijuana impairment.

“There's just currently no reliable method to test a driver who law enforcement feels may be under the influence of marijuana”, says Scot Goldberg, managing partner of the Goldberg Noone Abraham law firm in Fort Myers, and a Southwest Florida criminal defense attorney for more than 20 years. “It's extremely difficult to conduct a blood or urine test at the scene, and all the other talk of testing saliva, hair, breath or the fluid from the eye have not been successfully developed yet”.

The Differences Between Marijuana and Alcohol Impairment

When a police officer pulls you over because they suspect you may be impaired, they're trained to look for certain things:

Also, marijuana affects each person differently, and there is no ‘limit' by which to judge the level of impairment, as there is with alcohol. And someone who smokes or ingests marijuana can still show levels of the drug in their system long after the ‘high' of impairment has worn off.

Floridians are generally not aware of the laws when it comes to driving while high on marijuana. In a statewide survey earlier this year, just over 36% of respondents indicated they were “not at all knowledgeable” about legal issues related to marijuana use and driving in Florida.  23% of respondents weren't even sure if driving under the influence of marijuana is always illegal in Florida.

Drivers who were impaired by drugs caused 934 crashes in 2016, killing 440 people, including themselves, their passengers and other people on the road.

However, it's important to point out that the previous year, only 57% of drivers fatally injured in a crash were even tested for drugs. That means there likely were many more who were impaired, but never tested. That's just one example of how little information there is regarding the effects of marijuana on driving.

“In 2015, for the first time, there were more fatalities where there was a positive test for drugs in the system than there were for alcohol”, says Goldberg. “But because the testing methods are so spotty and inadequate, the numbers don't address which fatalities tested positive for marijuana, or for some other drug, weather legal or illegal”.

Florida has some very specific statutes that address driving while impaired by any type of drugs that may have the ability to impair someone, and the police have a list of drugs they refer to when they suspect someone may be driving under the influence.

NORML, the nationwide organization that is working to reform current marijuana laws, lists the complete statutes, penalties and penalty ‘enhancers', along with specific case law related to drugged driving on their website.

Impairment, whether caused by alcohol, marijuana or some other form of narcotic, is a major cause of serious motor vehicle crashes. Goldberg Noone Abraham personal injury attorneys have been helping people who have been hurt in a crash through no fault of their own, ensuring their voice is heard and their rights are aggressively protected. The decision to get behind the wheel after smoking or ingesting marijuana – especially if you're not sure how it will affect you – is just as harmful of drinking and driving. While the exact effects are largely unknown, you're likely to receive a DUI if the officer feels you may be operating a motor vehicle while impaired.

Goldberg Noone Abraham attorneys are always available to answer any questions you may have about any legal troubles you may be facing, at absolutely no obligation to you. Call us at 239-461-5508 and get the answers you deserve, and take the necessary steps to protect your legal rights. If you prefer, you can fill out this form and one of our attorneys will contact you immediately.