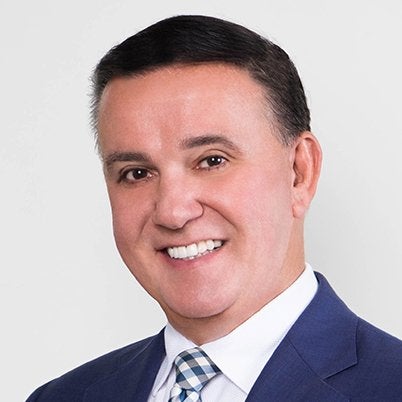 A 30-year old man and 20-year old girl tragically lost their father in a motor vehicle accident in 2015.  The investigation revealed that the at-fault driver was drunk at the time of the accident.  The driver is currently awaiting trial for DUI Manslaughter in Miami Dade County.  Given the tragic circumstances, the Goldberg Noone Abraham law firm assisted the family, pro bono, to make sure every dollar of insurance coverage was obtained and fairly distributed.

Following the innocent father's death, a hospital also filed a claim with his Estate, seeking to recover over 1/3 of the limited insurance proceeds that was to be distributed to the surviving children.   Although a reasonable amount of these proceeds had already been allocated to the Estate, to address creditor claims like that of the hospital, the hospital chose to hire a team of attorneys to fight to take even more money from the survivors.

The Estate's attorney, working closely with Goldberg Noone Abraham, fought for over two years to ensure that the survivors received a fair and equitable portion of the limited insurance recovery.

“The hospital's attorneys were attempting to prevent the survivors from receiving a fair and reasonable portion of the financial settlement, arguing instead that the hospital was equally entitled to collect for its highly priced services provided just hours his death,” said Noone.

“Our firm conducted extensive research into wrongful death verdicts for similar cases in Florida and studied the applicable laws pertaining to the probate code relating to similar competing claims,” Noone says. “It was clear that the value of the survivor's claims were exponentially higher than the value of the hospital's bills, and that reality was being completely ignored by the corporate bully.”

Miami-Dade County Circuit Court Judge, Yvonne Colodny, heard the arguments of the attorneys at a Motion to Allocate Proceeds on March 5, 2018.  Attorney Michael Noone testified as an expert witness in personal injury, and verified the true value of the survivor's losses. In granting the motion in favor of the surviving children, the Judge noted in her ruling that “the Court accepts [Michael Noone's] testimony and relies heavily upon his analysis”.

The Goldberg Noone Abraham Law Firm was pleased with the Judge's ruling noting that “wrongful death cases can be some of the most emotional and stressful cases we work on, but can be the most fulfilling as well.” “Considering all the time and work we invested, pro bono, we were all grateful for the Court's ruling, and look forward to the survivors having some financial security going forward.”