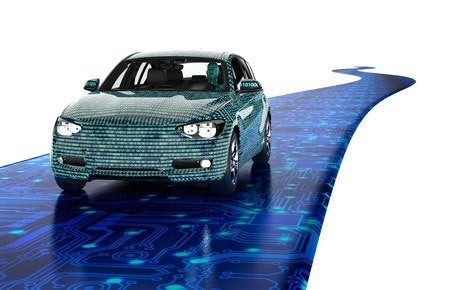 There are generally two sides to the hot-topic debate revolving around ADS, or Automated Driving Systems – vehicles that are designed to be operated by computer technology alone, or with limited input from an on-board “driver”.

On one side are the people who firmly believe that ADS will put an end to the alarming numbers of motor vehicle crashes that happen on our roads annually. On the other side are those who feel that driverless cars are in no way ready for mass use, and the uncertainties of what happens when one is involved in a crash is far too ominous to rush them to the marketplace.

On March 18th in Tempe, Arizona, an Uber car in “self-driving mode” struck and killed a woman on foot. It is reported that the ADS-equipped Uber car was traveling at about 40 mph, and early indications showed the vehicle made no attempt to slow or brake before the impact. It has also been reported that the woman, who was pushing a bicycle at the time, stepped out into the path of the car outside of a marked crosswalk area.

Thought to be the first-ever fatality involving a vehicle equipped with ADS, it has cast serious concern over the technology – people who were already questioning whether autonomous driver technology was safe are now calling for a prohibition of it until it is deemed more reliable.

Many states like Arizona and California, pushing hard to be on the leading edge of the innovative technology as it emerges, are making their move to prosper from it's development. Some groups, including Consumer Watchdog, are warning that rushing to put ADS cars into the mainstream presents a real danger to everyone on the road. The group's technology director has been quoted as saying “Arizona has been the wild west of robot car testing,” and companies like Uber and Waze have chosen to test their vehicles there because of “virtually no regulations in place” governing their operations.

ADS Vehicle Accidents: Who Can Be Held Liable?

Also, in Arizona, the governor just announced signing a new executive order on March 1st, spelling out a specific list of licensing and registration requirements for those who operate autonomous vehicles. One of the most important requirements spells out that a “person” subject to following the new laws include “any corporation incorporated in Arizona.”

That means that in the case of the Uber ADS car that struck and killed the pedestrian on March 18th, Uber may ultimately be held criminally liable for her death. As of this post, investigators are still piecing together what exactly happened before determining whether one or more parties were at fault.

Fort Myers personal injury attorney Mike Noone of Goldberg Noone Abraham, thinks there are far more questions than answers when it comes to the subject of driverless vehicles.

“While it may be true that ADS vehicles could reduce the number of serious crashes, it's far too early to tell,” he points out. “The majority of motor vehicle accidents are the result of some form of human error, like distracted driving or speeding, so it is possible taking the human factor out of the equation could result in fewer crashes”, says Noone. “But as the pedestrian death in Arizona shows us, the technology is not where it needs to be to introduce autonomous vehicles into the mainstream.”

A new study conducted by J.D. Power, and one of the nation's first law firms that has developed a practice section dedicated solely to legal issues surrounding automated driving systems, shows people are largely unsure of what to think of the new technology.

Some of the study's important take-aways, based on a survey of 1,500 Arizona drivers:

Perhaps the most telling findings of the study indicates that “most consumers have an overwhelming appetite to resolve product liability claims involving ADS in an out-of-court setting.”

The bottom line is that sweeping changes are coming not only to the automobile industry, but to every aspect of legal representation surrounding it. There are predictions that based on the rapid development of ADS technology, it won't be long before the human driver is rendered obsolete. Attorney Noone says, “It is not inconceivable that in 10 or 15 years, there will be no people behind the wheel of a car. If an autonomous car is involved in a crash that seriously injures someone, the legal mechanisms of determining exactly who should be held accountable will be turned completely upside down.”

The Goldberg Noone Abraham Law Firm has represented thousands of people who have been victimized by the negligence or carelessness of someone else. As the advent of ADS vehicles becomes more prominent, the methods our auto accident attorneys, paralegals and legal researchers use to put together a personal injury case are likely to change dramatically.

While there are some who say that driverless cars will drastically reduce the number of serious crashes, there are those who feel that ADS vehicle crashes will create an entirely new need for legal representation for Florida consumers. Noone concludes by saying, “What was once a purely personal injury case may turn into a products liability case, attempting to determine if the driverless car was in some way not working correctly. Then the question may become who is held at fault – the maker of the vehicle, the developer of the software that powers it, the company that operates the car, like Uber, Lyft or Waze – there's just going to be a whole new world of litigation heading into the future.”

Goldberg Noone Abraham, has a principal office located in Downtown Fort Myers, and an office in Punta Gorda. The firm specializes in representing people hurt in automobile, motorcycle, truck, bicycle or pedestrian accidents, as well as slip-and-fall and negligent security injury accidents. It never costs a thing to pick up the phone and speak with an attorney about your legal questions, and the firm takes no fees or costs related to your case unless we are successful on your behalf.