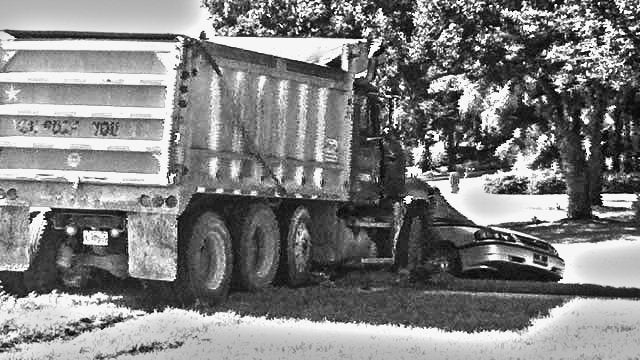 Southwest Florida is growing again, as evidenced by the many road construction, housing and apartment developments and other projects that involve trucking large loads of dirt and other construction projects from one side of Lee County to the other.

Put this together with the annual influx of seasonal visitors and snowbirds, and the odds of a serious collision between passenger cars and large dump trucks increase dramatically. Operating a dump truck is much more difficult that driving a regular car, and drivers should be properly trained in their safe operation. Also, the companies that own the trucks are required to ensure that their vehicles are all maintained properly, and have a legal responsibility to keep unsafe dump trucks off the road.

Every website or publication regarding the safe operation of a dump truck clearly points out that driving one of these behemoths is a very dangerous job, and requires serious attention to having a safe truck, and being a careful driver. And if you Google ‘dump truck safety', one of the first pages that comes up is a U.S. Department of Labor report about dump truck accidents, but these have to do with things like a construction worker getting rolled over by a dump truck on a construction site, or the truck bed malfunctioning and injuring or killing a worker. There are thousands of examples of those types of accidents just on that one website, which shows just how dangerous that job can be.

But as personal injury lawyers who have represented many people who have been seriously hurt or the families of those who have lost their lives in a crash involving a dump truck or other large commercial truck, we're concerned about the car versus dump truck crashes we see around here so often.

“Dump trucks operate completely differently than a passenger car does”, points out Goldberg Noone Abraham attorney Elizete Velado. “There are critical differences in steering, stopping, lane changing and a lot of other operational issues that mean a dump truck driver really needs to know what they're doing, and needs to have very specialized training to do it correctly.”

Speed, Bad Driving Cause Accidents – and Not Just by the Truckers

In Southwest Florida and across the country, statistics show that 97% of all motor vehicle crashes were due to driver error, and could have been avoided. These numbers don't discriminate between a dump truck driver or a passenger car driver – there are equal amounts of fault and liability on drivers in general. But no matter the cause of a collision between a dump truck and a car, the results can be much more traumatic than in a crash between two like-sized vehicles. The sheer size and overall weight of a dump truck, especially with a full load, can result in much more serious personal injury, and many more traffic fatalities.

Just yesterday, a small passenger car and a large dump truck collided at the intersection of Alico Road and Gator Road in South Fort Myers. The driver of the car was killed by the impact. The Fort Myers News -Press reported that there were witnesses to the crash who said “both drivers were approaching a red light”, and the story also says it appears that the passenger vehicle attempted to make a left turn into the path of the huge dump truck.

Last Friday, December 8th, a major crash involving a dump truck and a Kia Soul, another small passenger vehicle, shut down Bayshore Road at Old Bridge Road in North Fort Myers for several hours. It is unknown whether the driver of the car survived the impact. This crash happened at 4:00 in the morning.

Over in Cape Coral, there may have not been any recent crashes involving a dump truck, but there is a very high probability. Another newspaper story tells of a group of residents along S.E. 17th Place between Veterans Parkway and Four Mile Cove who are so scared of the speeding dump trucks on their street, they don't even want to leave their house. Sadly, the Cape Coral Police Department said, “there are no plans to calm traffic along that strip”, and “it is not illegal for dump trucks to operate on residential roads.”

The unfortunate part of those statements is that speeding is against the law, but apparently the cops don't have any plans to monitor the area and investigate whether the residents are justified in their concerns or not.

Here are a couple of stats from the Federal Motor Carrier Safety Administration:

Owner / Operators of dump truck fleets have a distinct duty to make sure their vehicles are not only safe to operate, but are being driven by drivers who have been properly trained. As attorney Velado says, “You can have the most highly-trained truck driver in the world, but that does no good if he or she is driving an outdated truck that has not been properly serviced or has other safety problems.”

Some of the requirements mandated by the federal government, OSHA and state and county officials cover these types of regulatory issues:

Growth is inevitable, especially in a booming area like Lee County. But, at what cost? With so many cars on our roads trying to stay out of the way of large dump trucks, coupled with the demands of the local construction industry to get their projects completed on time, this area is a hotbed of crashes involving trucks and passenger vehicles.

When you're sharing the road with large dump trucks, whether on a local road or the Interstate, allow plenty of extra space between you and the truck. Pulling out in front of a moving dump truck is extremely risky, because they take considerably more distance to slow down or stop safely. Everyone needs to use more caution and slow down to reduce the number of avoidable accidents, and this is especially true when we're sharing the road with so many 50,000-pound vehicles. Stay alert behind the wheel, and reduce your risk of becoming another one of Lee County's alarming number of fatal crash victims.

About Our Law Firm

Goldberg Noone Abraham, is a personal injury law firm located in Fort Myers and Punta Gorda, Florida. Our skilled truck accident attorneys have successfully handled many cases involving large commercial vehicles, and are fully prepared to aggressively stand up for an injured individual's legal rights. Our attorneys can be reached at 239-461-5508, or by completing this contact form.