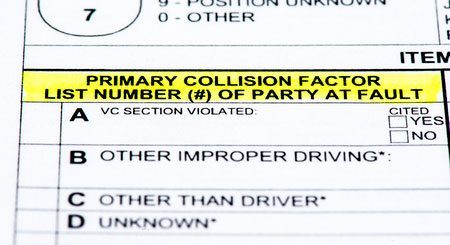 Law enforcement officers have a tough job. The men and women police officers and state troopers in Florida make very little in wages, especially considering the extent of the risks they take on daily. Officers who are designated as crash scene investigators have the added task of getting to an accident scene as quickly as possible, and their job is to gather all the many details surrounding the wreck, and make a written report on it for the official record.

In Lee County, the sad news is that traffic crash scene investigators are stressed to the max. Sadly, the numbers indicate that our area is on track to exceed the number of traffic death fatalities of 2016 this year. As of June 2, 2016, there had been 50 traffic fatalities in Lee County. (There were 105 total for 2016). As of August 18th, 2017, there have already been 70 people killed on Lee County's roads.

As personal injury attorneys who help those who have been hurt in a car or bike crash, or more tragically, working with the surviving family members of someone killed in a traffic accident, we understand the complexities that go into investigating motor vehicle accidents. When a client hires our firm, one of the first things we do is to request a copy of the official crash report. (Yes, they are called ‘crash' reports, not accident reports. You can read more on that distinction in a very good article here.)

When the cops are dealing with a very serious crash, there are more details that need to be uncovered and recorded in writing. As you can imagine, if a law enforcement officer is investigating an accident involving multiple vehicles and one or more deaths, the circumstances surrounding what caused the crash are critically important. Our attorneys will rely on the official police record when dealing with all of the insurance companies that represent all the effected parties in pre-litigation. Honestly, most of our cases do not end up in front of a jury in a trial – we negotiate with the insurance companies on behalf of our clients to obtain the maximum financial recovery for their losses in a crash. When those efforts do not result in what we feel is a fair and just settlement offer, we go to trial. In both scenarios, the contents of the official crash report are a primary focus of the entire process.

The problem is, they are not always accurate or complete.

We recently were representing a crash victim in a case where the law enforcement officer who was responsible for investigating the accident spoke to eyewitness who saw what happened. He took statements from them, asking them to recollect what they believed happened. As you can imagine, this type of statement can be crucial in determining who was at fault in the incident, and who should be held accountable. One of the problems that comes up during our own crash investigations is that one witness may describe one version of what they saw, but another may recall it differently.

But in this example, there were additional witnesses to the crash who were not interviewed by the officer investigating the crash.

Through comprehensive questioning and discovery, our personal injury attorneys working the case uncovered additional individuals who were witnesses to the crash. Because we were able to locate those people and question them about what they saw, the at-fault party was determined to be the other person involved in the crash, and not our client, as stated in the police crash report.

We know the officer charged with investigated the crash did the absolute best that he could to officially record the details of the accident. But our discovery of additional witnesses is precisely why you should consider hiring an experienced personal injury attorney if you've been hurt in a crash. It was not the cop's job to reach out to find additional eyewitnesses to the crash.

But it is ours.

In a recent Forbes article, the writer notes that a study conducted by the National Safety Council found major inadequacies in capturing the critical data necessary in determining the real causes of motor vehicle accidents in the United States, and that lack of data is undermining efforts to reduce the increasing number of traffic fatalities on our roads.

Here are some of the most alarming findings of the study of crash reports:

When someone is seriously injured in any type of motor vehicle crash, there needs to be exhaustive research and investigation into the correct and accurate details regarding what caused it. While the police officers who investigate traffic accident scenes and causes do everything they can to accurately make a record of what happened, there are often other circumstances surrounding the crash that go undiscovered.

In representing accident victims, our law firm conducts sworn, recorded depositions of the people involved, including the police officers or state troopers who were on the scene. There have been many instances in which we have uncovered discrepancies in their initial statements or recording of the crash facts. Again, we understand that they have an extremely tough job. Imaging being called in the middle of the night, maybe in the pouring rain, and having to deal with the aftermath of a multi-vehicle collision in which there may be fatalities or traumatic bodily injury.

We're here to make sure all the critical details are uncovered.

It only takes one phone call to speak with a personal injury lawyer at Goldberg Noone Abraham Law Firm to ask questions about an accident you've been involved in. There is never a charge for our legal services, even if you end up hiring our firm. We work on a contingency fee basis, which means we take our fee from any financial compensation you are awarded at a trial, or as a result of a settlement from an insurance company.

We're always available to answer your questions, no matter how small you feel they may be, at 239-461-5508. Or if you prefer, just complete this simple form and one of our attorneys will immediately contact you.

Don't wait and wonder – call us for trusted counsel first, and take the next step to getting your life back on track after a crash.