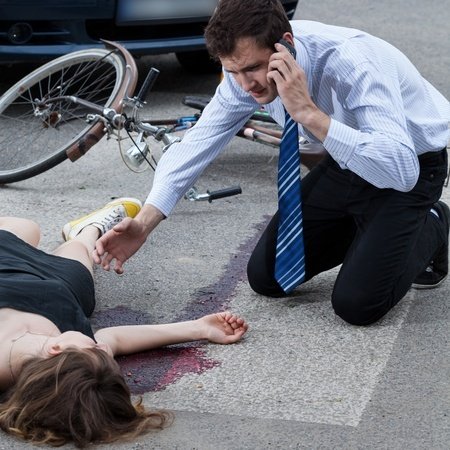 It's no surprise that many folks around Southwest Florida who use their bicycles for either pleasure or transportation feel like they're treated like second-class citizens when it comes to using our area roads. A little like a game of Russian roulette, mounting up for a bike ride is like taking a gamble with your life – there are so many careless, negligent and just plain bad drivers out there, you never really know if you're going to make it home alive.

An alarming number of cyclists are seriously injured by car drivers in Lee County, and it's not hard to see why. No matter if a cyclist is wearing a helmet or not, has reflective or brightly-colored clothing on and obeys all of the applicable traffic laws and devises, there's just no protection. You're a moving target, so to speak, just trying to enjoy a little fresh air and get some exercise.

Sadly, being a target means you stand a pretty good chance of getting hit. Cyclists who are involved in a crash with a car can suffer catastrophic injuries like head or traumatic brain injuries, (TBI), broken or loss of an arm or leg, severe road abrasions, concussions, jaw and dental injuries and a lot more. The fatality rate for cyclists involved in a motor vehicle crash is also rising, and with our overcrowded roads around here, there appears to be no end in sight. In fact, in 1975, 180 male riders over the age of 20 were killed on their bicycles, while in 2015 that number soared to 612.

The Insurance Institute for Highway Safety reports that roughly 2% of fatalities on America's roadways are bicyclists. 88% of those deaths are people who are 20-years old or more, and fewer than 17% of those deaths involved a cyclist who was wearing a helmet. Although the report states that wearing a helmet can reduce the risk of a serious head injury by 50% and a neck injury by 33%, it should be pointed out that helmets do not guarantee you won't suffer a serious head injury if you're struck by a car. If you're into stats, you can read more bicycle accident and fatality info here.

Traffic Laws – Who has the Right of Way?

Unfortunately, too many car and truck drivers feel that bicyclist don't deserve to be allowed to share the road. This mentality leads to cyclists being overlooked, or regarded as ‘not that important' to watch for while driving. It's not even so much about a bike with a rider being small or not being seen by a car's driver – it's simply that so many drivers just don't care what happens to cyclists. They feel the road does not belong to them, so they don't feel any obligation to watch out for them, or to allow them the same courtesies that they may allow another car.

At the law firm of Goldberg Noone Abraham, our bicycle accident attorneys help people who have been victimized by the careless or negligent actions of someone else. We currently represent more than one client who has suffered a serious injury because of being struck by a car. These types of crashes can involve a driver not yielding the lawful right of way to a cyclist, making a left turn in front of a rider and pulling out in front of a cyclist from a side street or store parking lot. We have a client who was riding his bike along Cape Coral Parkway when a car travelling in the same direction passed him, then made an abrupt right hand turn onto a side street, striking our client before he had a chance to slow down or stop. There are dozens of scenarios that can result in a car vs. bicycle accident, and the aftermath is never pretty.

In Florida, people behind the wheel of a car or truck have a responsibility to demonstrate the same level of legal obligations towards a bicycle on the road as they do another car. Bicyclists are entitled to the exact same rights as are the operator of a motor vehicle. It's also important to remember that cyclists are required by law to follow the exact same traffic laws that car drivers must follow – the rules of the road are the same, no matter how many wheels you're on. The only difference is that a cyclist that violates traffic law(s) will not suffer any penalizations to their driving privilege. Clearly, there are cyclists who do not obey existing traffic laws, and feel since they're on a bicycle they can glide through stop signs, cross lanes of traffic in the middle of a street or ignore traffic control devices, like a stop light. If a cyclist is injured and it is discovered they were hit as a result of not following Florida's traffic laws, there is no legal leg to stand on as far as making a legal claim for their injuries.

Florida law states that a car or truck must allow a 3-foot buffer or space between their vehicle and a bicycle they're attempting to overtake. If a driver fails to do that and it results in hitting the cyclist, they'll be facing a misdemeanor charge of careless driving, or if the act is found to be particularly egregious, the charge could be aggressive driving.

For a complete review of the statutes relating to Florida bicycle law, you can click here.

Our law firm sees the devastation that results from a car vs. bicycle crash quite frequently, and these are some of the most serious types of injury cases we work on. If you've had the unfortunate circumstance of being struck by a car or truck while on your bicycle, we can help. It never costs a thing to give us a call at 239-461-5508 to discuss your specific situation, and get real-world answers to all of your questions. Or if you prefer, you may complete this simple form and one of our bicycle accident lawyers will contact you immediately.