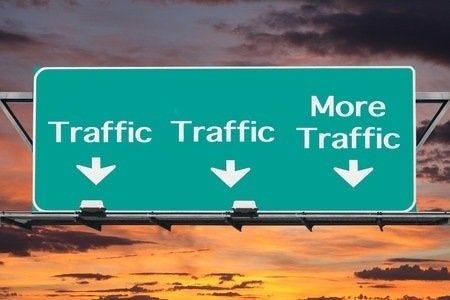 Everyone loves three-day weekends, and Memorial Day is no exception. The Federal Holiday is a day intended for people to remember those who have paid the ultimate price for their country and our freedom, and many people use the time away from work to get together to celebrate with family and friends.

Sadly, it's also the number one holiday for the number of U.S. traffic fatalities, with an average of 312 deaths over the period of 2011 to 2015.

Long weekends are a prime time for increased road traffic, which obviously leads to more cars on the road.  Also, people tend to party more on holiday weekends, which results in an increase in DUI arrests and DUI-related crashes. Around 40% of crashes that occurred over the Memorial Day weekend between 2011 and 2015 involved a drunk driver – that's about a 43% increase over a typical 3-day time frame.

“Any time you have a long weekend with people driving to spend the day partying with family and friends, you're going to see an increase in the number of impaired drivers on the road”, says Fort Myers personal injury attorney Scot D. Goldberg. “It's sad that the day is supposed to be set aside for honoring those men and women who have died while serving our country, and we end up killing more people because of alcohol, drugs, and just plain stupid driving habits”.

It doesn't take a genius to see that in Southwest Florida, people's driving habits could use a lot of improvement. Aggressive driving, speeding, road rage, distracted driving and stupid decisions like getting behind the wheel after you've been drinking all add up to tragedy on our local roadways. When you put that together with a long holiday weekend, you've got a recipe for disaster.

“Nobody cares if you want to drink – just make a decision not to drive”, adds Goldberg. “Call Uber, designate someone who doesn't drink to get you home, call a cab, whatever. It's just not worth the risk of taking someone's life just because you've got a day off”.

With gas prices dropping and an increase in consumer spending on travel, AAA predicts a notable spike in travelers this Memorial Day Weekend.

The law firm of Goldberg Noone Abraham, urges you to do everything you can to not become a fatality statistic. We hear a lot of people say they're purposefully not going to be doing any type of driving over the holiday weekend. It's a shame that people are afraid to be out on the road at any time, much less on a 3-day weekend. You can't predict a car crash, and you can't control what another driver may or may not do who happens to be sharing the road with you. Please allow yourself extra time to get where you're going if you do decide to drive, and keep extra alert for signs of impaired or aggressive drivers.

Studies have shown that distracted driving is actually more dangerous than drunk driving. The lesson there is that if you happen to be a little late in your travels, don't text your family while you're behind the wheel.