Its Amazing People Even Make it to Work in the Morning 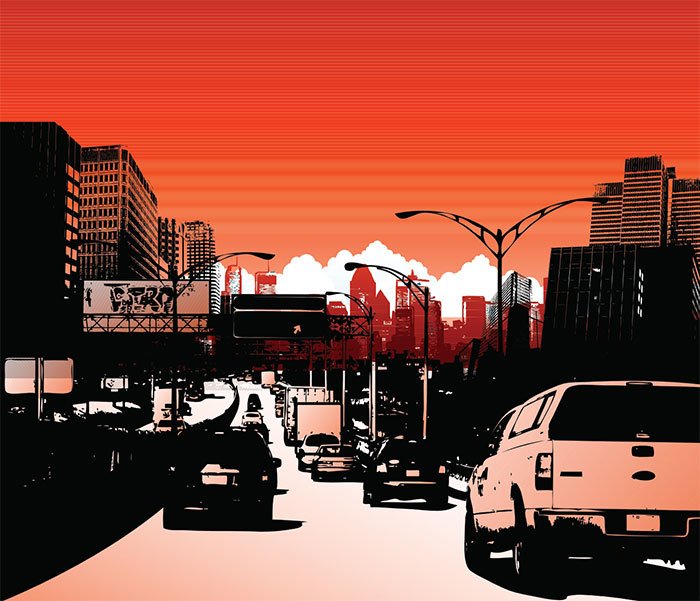 Just about every day, a quick scan of the headlines tell us about another serious car, motorcycle or truck crash here in Lee County. Driving around in the Fort Myers / Cape Coral area is like a game of “rushin' roulette” – you really never know what careless, inattentive or just plain idiotic move some driver is going to make.

In our law firm offices, we generally start our days with the usual morning chit chat before we get down to work. Lately, and with increasing frequency, we seem to be talking about the commute in to work. More specifically, we're usually talking about how many dangerous actions we see drivers commit. Many times these instances result in a near-miss, but all too often they lead to a serious or even fatal crash.

In case you're wondering, we don't always use the term ‘accident' when describing what we do in our personal injury law practice, and the victims we help. A group called the International Organization for Road Accident Prevention estimates that 90% of road accidents are caused by human error. This means things like speeding, driving erratically or recklessly, driving while under the influence of alcohol or drugs, changing lanes improperly, tailgating, red light running and more are causing the crashes. Those types of bad driving behaviors are not accidents. They are intentional, dangerous acts that could have easily been prevented had the driver acted properly. So, it makes little sense to refer to motor vehicle crashes as ‘accidents'.

Just based on our casual conversation around our office, here are some of the truly scary types of drivers and traffic scenarios we all see on the way to work:

The Dark Knight: Its 7:15 in the morning. It's still pretty dark. But, the Dark Knight doesn't seem to feel he needs to drive with his headlights on. Seriously? Even if you THINK you can see well enough to navigate the roads without headlights, what about the other drivers on the road with you? And if your car is a dark color, driving without headlights makes it almost impossible to see. If you're driving at dusk or dawn, use your headlights.

Last-Second Larry: We've all seen it. At an intersection with a traffic light covering all directions of traffic, you sit patiently waiting for your red light to turn green. To your right, cars are seeing a yellow light, or even a red light. Your light goes to green, and all lanes start to move. But Last-Second Larry, in his right turn lane, thinks he can zip out into traffic even after your light has turned green. After all, why should Larry be forced to wait through another entire red light cycle, right?

The Holy Roller: A lot of people think that stop signs are only a suggestion, and that coming to a complete stop is for ‘other people'. Generally, you can spot the Holy Roller a mile away, They like to race up to a stop sign, and then give only the slightest indication of stopping at it. There's a really good chance that if your first instinct is, “that guy is NOT going to stop”, you're probably right.

Tommy Tailgate: This guy is always in a huge hurry – obviously, his daily schedule is more urgent than yours. He thinks he will get where he is going quicker by riding your bumper. Mind you, there's absolutely nowhere to go in front of you. But Tommy likes to let you know he's there, and seems genuinely ticked off that you don't move a little faster to get out of his way. (NOTE: Coincidentally, Tailgate Tommy and The Dark Knight are NEVER the same person. When Tommy is behind you, chances are he's driving with his hi-beam headlights on.  If you're really lucky, Tommy is driving a lifted truck, penetrating your car with his obnoxious, and illegal, bright lights.)

Irv The Swerve: A little like Tommy Tailgate, Irv figures he'll get to work quicker by constantly changing from one lane to the next. Presumably he thinks that by overtaking one car, he'll reduce his travel time. And using that logic, passing more than one car can be accomplished by aggressively changing lanes at every opportunity – so that he can be two cars ahead of you at the next red light. Do you ever look over at Irv The Swerve at the light, after he has expended all that energy and strategy to zip around you, only to find himself parked right next to you? Yep – so do we.

Distracted Diane: This is probably the most recognizable driver on the road today. Distracted Diane, (and yes, there are just as many Distracted Dave's out there), is likely looking at her phone, eating breakfast, lighting up a smoke or putting the finishing touches on her hair and makeup. Driving is just a secondary nuisance Diane has to deal with while her more important tasks take precedence. It seems unlikely that she has time to look out for your vehicle, much less pay attention to her own driving habits. Traffic during the rush hour can start and stop suddenly, and Distracted Diane is most often the one you'll find at fault in the majority of rear-end collisions.

We Understand – No One's Perfect

At the Goldberg Law Firm, we work helping people who have been seriously injured in a motor vehicle crash. We meet people every day who have become a victim, through absolutely no fault of their own. They are left devastated, confused and in real pain, wondering who will be there for them and defend their legal rights.

We're not perfect, and we understand nobody is. We make the occasional driving mistake, just like everyone else. But some of the examples we see daily on our commute to the office qualify as far more than a small mistake. The type of drivers described above commit acts of total recklessness, endangering the lives of others sharing the road. If you occasionally forget to use your turn signal or maybe pull out in front of someone because you couldn't see clearly, that's one thing. But we'd be willing to bet that the people who commit the bad driving habits described above do so habitually. In fact, if you travel the same route long enough as you commute to work, you'll likely see the same people doing the same stupid things.

If you've had the misfortune of being involved in a serious car crash, a Fort Myers personal injury attorney may be able to help. It won't cost you a penny to get answers to your questions – and you will have a lot of them. It may well be that your situation does not warrant the hiring of a lawyer, and we'll be upfront with you about that. It never hurts to find out your options after being involved in a crash, and that's what we're here for. Reach one of our personal injury attorneys at 239-461-5508, or simply fill out the short form on the right side of this page. You can always count on us for the help you need, and the aggressive legal protection you expect.