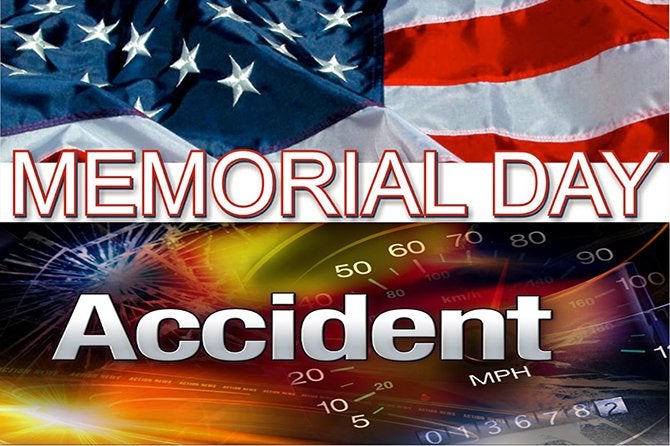 Everyone is looking forward to the 3-day Memorial Day weekend. The car is packed with all your beach gear, or maybe your boat is all fueled up, ready to hit the water.

Unfortunately, this weekend means a big spike in the numbers of motor vehicle and boating accidents.

CNN just reported that an estimated 439 people nationwide will lose their lives over the next 3 days, according to the National Safety Council. This represents about 100 more than last year, and the highest number since 2009.

“Our economy overall looks pretty good, and gas prices are relatively low, and that's the good news,” says Fort Myers personal injury attorney Scot D. Goldberg. “The bad news is that means more cars on the road on a busy holiday weekend, with people having enough discretionary income left over to decide to hit the highway”.

Back in 2008 and 2009, the number of traffic fatalities was at a low, mostly because the country's economy was at rock bottom. People were unable to find work, much less take a road trip. Now, reports show that between 2014 – 2015, traffic crash deaths increased by 8%.

As simple as it sounds, the easiest way to reduce your risk of being injured in a serious Memorial Day crash is to drive less. But, we all know everyone is excited to plan a getaway escape, so that logic falls a little short of actual advice. There are other traffic safety experts who advise selecting the most congested route for your trip, the logic being that slower traffic means fewer bad, high-speed crashes.

Good logic, but it's highly unlikely anyone will follow it.

Memorial Day weekend also means a big increase in the number of boaters on our area waters. Just like with cars, motorcycles and trucks, more boaters mean more boating incidents. Local television station WINK-TV (Fort Myers CBS Affiliate), did a report last evening that pointed out there were nearly 50 boating accidents in Lee County in 2015. To try to keep the numbers down this year and educate local boaters on safe boating rules, you can expect to see an increased number of law enforcement officials pulling over people for apparent safety violations, speeding in slow or no-wake zones, and arresting those suspected of BUI, or boating under the influence. (You can see the television report here).

As a Lee County native, Scot Goldberg loves spending every weekend he can out on his boat, or kayaking the back-bays with his family. He knows that nothing can ruin a day on the water faster than some boater who doesn't know how to operate a boat safely, or know where and where not to go. “So many people are out on the water for the first time over Memorial Day weekend, maybe deciding to rent a boat for a family outing”, says Goldberg. “Put that together with too much sun and too much beer, and that's just a recipe for a boating disaster”.

As a personal injury law firm, the attorneys at Goldberg Law deal with people who have been victimized and seriously injured in an accident that was not their fault. If a distracted driver or an inexperienced boat operator smashes into you and you end up being seriously hurt, you're going to need legal help. We are here for you, always willing to speak to you at no cost to determine if you may have a legal case for financial compensation.

Please use extra caution if you are out on the road or the water this weekend. Slow down, stay focused on the road and don't drink if you're getting behind the wheel or driving a boat.

We want your Memorial Day weekend to be safe, fun and memorable for all the right reasons.

If you feel you may need legal help due to a motor vehicle crash, call the Goldberg Law Firm at 239-461-5508, or just complete this simple form. One of our personal injury attorneys will contact you immediately.