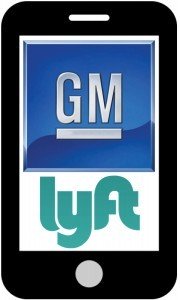 Just this morning, General Motors (GM) announced a new partnership with Lyft, the ride sharing company, by investing $500 million with the promise of working to develop autonomous, “self-driving” cars. The world's largest automobile manufacturer is setting its sights on technology that it sees as a threat to auto sales in a sort of ‘if you can't beat'em, join ‘em' move. Instead of opting to own a car, many more people – particularly those in urban settings – are choosing the services of Lyft and Uber to get around.

One of the objectives of the new partnership is working together to develop a driverless car system that may someday allow users of the Lyft app to call for a car to show up at their doorstep, without the need to involve an actual driver.

What effect, if any, would this proliferation of autonomous, or robotic, cars have on serious car accidents? There have been several studies recently about the problems related to driverless cars and motor vehicle accidents. Perhaps not surprisingly, the main problem in accidents involving autonomous vehicles is the human driver in another car. The problem comes when two types of vehicles attempt to share the same roads.

In California, autonomous cars have been in development and actual use for some time. There are several auto manufacturers who have been given the green light to build and test cars that utilize some form of automated assistance for the driver, including Mercedes, Audi and Tesla, among others.

Many experts in the field have said that it is humans who are responsible for causing accidents with driverless cars. In the sixteen reported accidents involving Google's robotic cars since 2009, the company says every single one involved a person in another vehicle who made a mistake. The problems arise because the Google cars are programmed to drive exactly by the book, with no possibility for human control, meaning human error. And as we all know, people are apt to make more driving errors than robots.

For example, an autonomous vehicle is programmed to allow what is believed to be a safe distance between it and the car in front of it. The problems, and the risk of causing an accident, come because the human drivers of the cars in the adjacent lanes view this as the perfect space to squeeze into. Perhaps the head of software for Google's Self-Driving Car Project put it best in his observation of experiments where traditional and autonomous cars attempt to coexist: “Human drivers need to be less idiotic”.

GM has already started down the road of autonomous vehicles, saying that as early as this year, it expects to have a fleet of self-driving cars operating at its tech center in Detroit.

With today's announcement of GM's new $500 million investment in Lyft, the two new partners said there are currently plans to build locations where Lyft drivers can rent cars at specially-discounted rates for use in transporting their passengers. But the development of driverless car technology is said to be a key factor in the new partnership.

Although at this time reports have not been confirmed, Yahoo! Autos has said to expect a partnership between Ford Motor Company and Google in the very near future to work on autonomous car technology, maybe even as soon as the Consumer Electronics Show taking place this month. With today's announcement, GM gets a perceived leg up in that race.

How Much Robot, How Much Human?

Several auto makers are currently developing technology that allows drivers to use autonomous systems only on an as-needed basis, allowing the driver to turn it on or off at their discretion. The thinking is that a human is needed to make decisions in the event of a pending emergency or crash scenario.

But Ford wants no part of that, having seen how difficult it is to meld vehicle operation between driver and robot – and it does not like what it sees. Dr. Ken Washington, Ford's VP of research and advanced engineering, is quoted as saying, “right now, there's no good answer”, and that's why they are not rushing to market with robotic cars. Like Google, Ford's plan is to ultimately remove the driver from any involvement in driving the cars.

This past summer, Google invited members of the media out on the streets to experience driverless cars firsthand, and some of the observations are pretty interesting. In one case, a car was parked on the street in such a way that Google's sensors thought it was about to pull out into the traffic flow, causing the autonomous car to swerve suddenly to avoid a crash.

Google's driverless cars are also programmed to mimic human behavior at a four-way stop sign intersection. The software allows the Google car to creep slightly forward, much like a human driver might do, as its sensors determine the proper time to proceed. When humans are in control of conventional vehicles in the same situation, they either make eye contact or use hand-signaling motions to help determine who proceeds through the intersection first.

In the Google cars, as advanced as they are, there are no eyeballs.

You Can't Sue a Robot

Southwest Florida personal injury lawyer Scot D. Goldberg sees a time in the not-so-distant future when autonomous vehicles will be a big part of our local driving scenario. “There are so many unanswered questions when it comes to who may be responsible for an accident involving a driverless car”, Goldberg says. “In the event of the new partnership announced today by GM and Lyft, now you're bringing a ride sharing company, or ‘app', into the equation, which only adds to the quagmire about who may be held liable in the event of a serious car crash”. (For more about the liability of a ride-sharing driver in an accident, please click here).

For those that are skeptical about companies like Lyft and Uber, consider this. The Wall Street Journal is quoted as stating GM's market value is about $53 billion – and Uber's is $64.6 billion.

Happy New Year, and welcome to the future.

If you or someone you love has been seriously injured in a car crash, whether caused by a robot or a human, we welcome your phone call. It does not cost a penny to speak to one of our personal injury attorneys to determine if you may have a course of action in obtaining the fair financial compensation you deserve. You can call our offices at 239-461-5508, or complete this simple form and one of our Southwest Florida personal injury lawyers will contact you immediately.