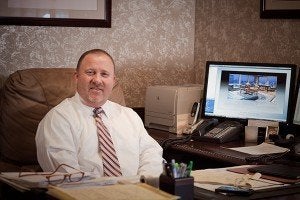 So, here we are, looking at the end of yet another year. The old cliché is so true – the time goes by so fast.

At Goldberg, Racila, D'Alessandro & Noone, we've spent our busy year helping people who have suffered a serious physical injury. These injuries resulted from someone else's carelessness, driver error, recklessness or some other negligent act. Our clients don't have any idea when or if they will ever need a personal injury attorney. Yet when they are faced with serious medical and financial circumstances that will affect the rest of their lives and the lives of their family, they need help.

There are those that question the practice injury law, believing that lawyers that do what we do are only out for a fast buck, at the expense of everyone else. The fact is, until you've been seriously hurt through no fault of your own, you're going to want to be fairly compensated for your injuries – and for that, you'll need help.

Here in Southwest Florida, 2015 has meant another year of representing people in a variety of circumstances in our efforts to make them whole again after suffering some type of injury. The vast majority of our work comes from people referring their friends and family members to Goldberg Noone Abraham, and from people that we have helped previously.

Here's a look at some of what we've experienced along with our clients this past year:

Car Crashes: The majority of our legal practice is dedicated to personal injury, and one quick glance at the headlines tells you that there is no slowdown in the number of serious motor vehicle crashes in Southwest Florida. Back in September, the Fort Myers News-Press reported that traffic fatalities were up 42% over the first eight months of 2014, a truly alarming number. At that rate, 2015 could see fatalities in the triple digits for the first time since 2007.

Motorcycle Crashes: Few things can be as harrowing as a crash involving a motorcyclist. We have represented many bikers in 2015 who have been seriously hurt through no fault of their own. There are a lot of people who ride in and around Fort Myers, and some who have been involved in a crash have come to learn that our law firm can be a valuable ally in the fight against giant insurance companies to restore their lives to some type of normalcy.

Negligent Premises Security: After the notorious Zombicon shooting this year, Fort Myers was rocked by the idea that something that scary could ever happen here. There were those that said there was nothing that could have been done to prevent one criminal with a gun to do what they did. But in representing one of the unfortunate victims in that case, we take the position that there were certain security concerns that were inadequately structured and overseen by the event organizers. In this case, an unfortunate young man was struck by a bullet – the same bullet that killed another attendee – and was left with huge medical expenses. We have spent the latter part of 2015 helping him put his life back together.

Exploding E-Cigarettes: Just when you thought you had heard about every possible safety hazard out there, along comes the exploding e-cigarette. In 2015, we have been retained by someone who had the battery of their e-cigarette explode in their pants pocket, causing serious burn damage that required extensive skin grafts and reconstruction. It's been our job to determine if the cigarette battery was in any way defective and to try to help this young man from being forever burdened by the massive financial costs of his recovery.

As Christmas came and went in 2015, we saw the popularity of “hoverboards”, which are actually like small Segway-type vehicles. It only took a day or two to start to see people being injured when the batteries exploded. When it comes to potentially unsafe products, 2015 was a pretty dangerous year.

Slip & Fall / Unsafe Premises Liability: If you're walking through a grocery store or going down the steps at your condominium building and you suffer a serious injury because there was water on the floor or an unsecured hand rail, would you want help in paying your medical bills? Of course, you had no expectation that you were going to take a serious fall – no one does. But when it happens because a careless store employee didn't clean up a spill on the floor or a maintenance man never got around to repairing that loose hand rail, immediately retaining an experienced and skilled personal injury attorney from Goldberg Noone Abraham can be your best course of action.

Our 2015 has been extremely active, and we are grateful to our clients who have entrusted us with their personal injury case. We look forward to 2016, and our continued efforts throughout our entire firm in working to provide justice on behalf of our clients.

We wish you a safe, successful and happy New Year. We would like you to know that we are here for you if you ever need us.