Scary Stuff: Auto Accidents 50% More Likely when Halloween is on Friday or Saturday 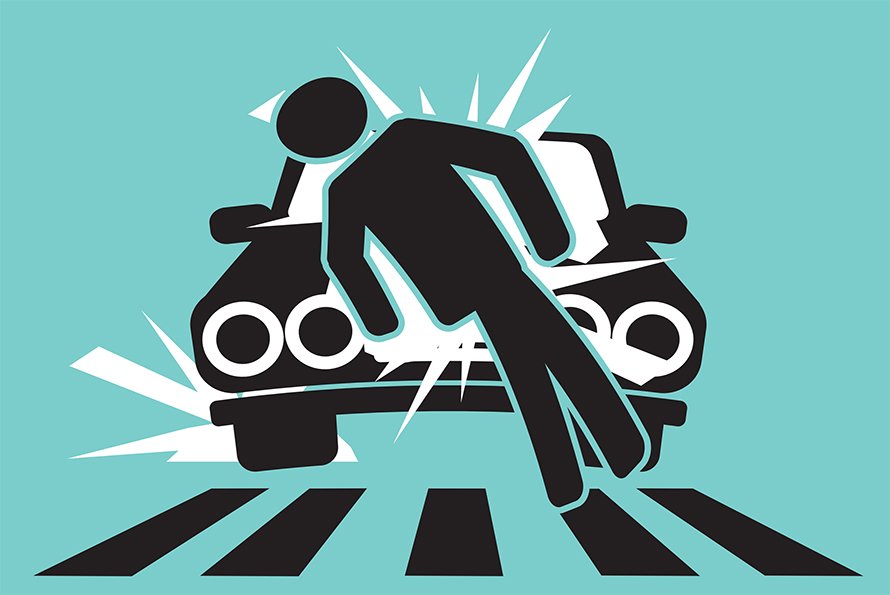 The AAA (Auto Association of America) recently reported that auto accidents are much more prevalent during Halloween night if the holiday falls on a Friday or Saturday night. When you combine the people who are too stupid to think before they drink and drive with the numbers of kids out trick-or-treating, you have a really scary scenario.

The child safety advocate organization, Safe Kids Worldwide, also reported that on average, children are more than twice as likely to be hit by a car and killed on Halloween as on other days of the year.

And it's not just younger children who are being killed by motor vehicles on Halloween. According to government statistics recorded for the period of 1990 to 2010, 115 pedestrians were killed on Halloween, or about 5.5 deaths each year. The age group most often represented were kids between the ages of 12 to 18, (47 fatalities), and then ages 7 to 12, (41 fatalities).

When you put excited kids out on the streets at night together with people who are driving to and from Halloween parties, the risk of serious personal injury and death is markedly increased.

It may seem simplistic to review some obvious safety tips for Halloween night, but we felt they are worth repeating:

In some really scary news, a Safe Kids study found that in the year 2011, 12% of kids under the age of 5 went out trick-or-treating alone.

We find that stat to be particularly alarming.

As personal injury lawyers in Southwest Florida, we see the tragic effects that a bad accident can have on a family. The thought of losing a young child – especially one who set out to get as much candy as possible on what should be a happy annual event – is a devastating occurrence.

Another thing that we find pretty scary is a Halloween trend on the internet that we wish would just, well, stop. If you search in Google images for “Halloween car accidents”, you'll see people who think it's clever and creative to create fake accident scenes. A lot of them involve cars being covered in fake blood, with fake victims inside, sprawled across the hood or laid out on the ground. As the saying goes, it's all fun and games until someone gets hurt. If you've ever seen a bloody crash scene in a real-life situation, you understand what a horrific sight it is, and how traumatic it can be for a family member to see the aftermath of a horrible auto accident.

If this is all you can come up with in your efforts to create your version of Halloween horror, we ask you – just don't.

Although it's not always impaired drivers who are responsible for these types of terrible fatalities, we hope that you take heed to the warnings of the AAA regarding Halloween falling on a Friday or Saturday evening. Some people feel that they are immune from becoming impaired at a Halloween party, and make the poor choice to drink and drive. That decision is a bad one on any day or night, but when you add kids being out and about you end up with one of Halloween's most frightening situations.