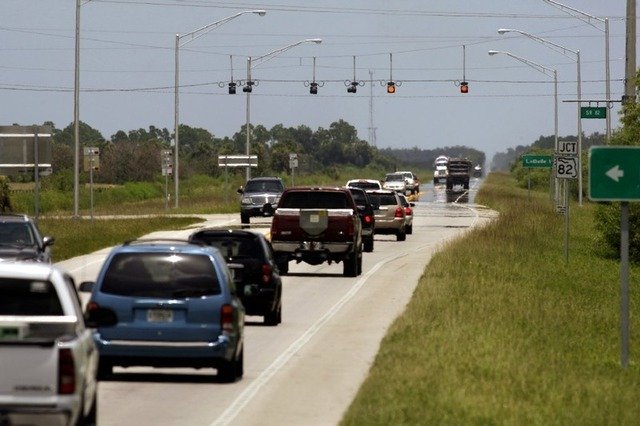 S.R. 82 One of the Worst Roads in Southwest Florida

If you type “SR 82 accidents” into Google, it only takes a second to see the shocking number of motor vehicle accidents that occur on this dangerous 2-lane road in Lee County. The road has had so many fatal crashes involving cars, motorcycles and trucks of all shapes and sizes that people who use it often – along with county and state transportation officials – are finally starting to take a hard look at making safety improvements.

Helping people who have been seriously injured in an auto or motorcycle crash is what we do at Goldberg, Racila, D'Alessandro & Noone personal injury attorneys. We currently represent families of people who have lost their lives on this busy road, and have handled dozens of cases over our years fighting for the rights of accident victims that have occurred on S.R. 82.

Also known as Dr. Martin Luther King Jr. Boulevard in downtown Fort Myers, it is a major connector to cities in eastern Lee County like Lehigh Acres, and large commercial tractor-trailers and dump trucks use the road to go to and from Immokalee, in Collier County. The number of cross streets, from major intersections like Daniels Parkway, and the dozens of small access streets crisscrossing Lehigh, make trying to get on S.R. 82 extremely dangerous. The intersection at Sunshine Boulevard in Lehigh is known as one of the most dangerous in Lee County, according to the Lee County Sheriff's Office. When there are huge commercial trucks barreling down on you, it has proven to be one of the area's most treacherous roadways.

S.R. 82 is a 2-lane, unilluminated road, with nothing between you and the oncoming traffic except a couple of yellow lines painted on the surface. At night, visibility is minimal, and driving the speed limit seems all but impossible for the majority of drivers. Just recently, 3 family members in a passenger car were tragically killed on S.R. 82 over the Labor Day weekend, as was a motorcyclist and another motorist involved in 2 separate crashes – all on the same road. There is a story here about an Immokalee high school football team who paid tribute to the lives of those lost over the holiday weekend.

With the startling number of recent crashes and deaths on S.R. 82 comes an accelerated interest in making safety improvements, as acknowledged by recent comments from FDOT's Zachary Burch. But as you might expect with a road of this length, change will take time. The FDOT has plans to widen the road to 4 and even 6 lanes of traffic, depending on the stretch of road. Work will be done in phases, starting near the Lee/Collier/Hendry County lines, and is slated to be started ‘within a few weeks', Burch noted. Phase II will be the 5-mile portion of S.R. 82 between Lee Boulevard and Shawnee Road, which will begin in 2017 at an estimated cost of $70 million. The undertaking is so massive, however, that it likely could be 2020 or later before they are completed. For more details from the FDOT on plans for S.R. 82, click here.

This means travelling on S.R. 82 will continue to be a dangerous proposition for the foreseeable future, with drivers putting their lives on the line every time they get on that road.

Do the Best You can to Protect Yourself

Drivers who need to travel on S.R. 82 can do certain things to help reduce the risk of being involved in a serious car, truck or motorcycle collision:

If you've been hurt in an accident that was not your fault, we welcome your questions. You can talk to us at no charge, and determine if we may be able to help you with obtaining financial compensation for your injuries, loss of work and pain and suffering. Call 239-461-5508, or simply complete this simple form and one of our personal injury attorneys at The Goldberg Firm will contact you immediately.