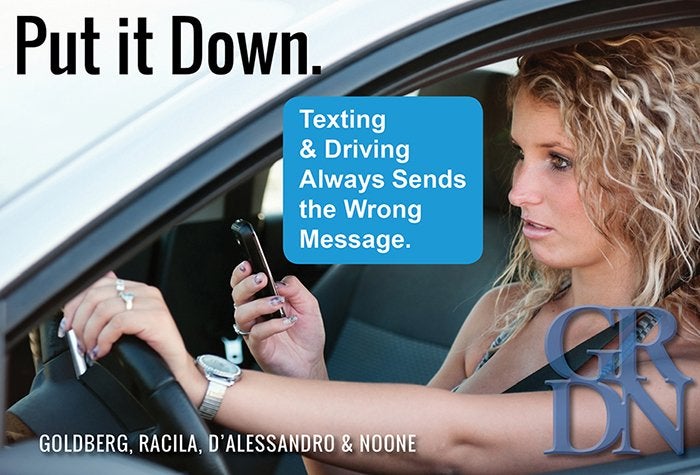 Auto Accidents & Distracted Driving: The dangers of not focusing on the road

When you ask someone their feelings about distracted driving being a cause for auto accidents, almost all will say they are vehemently against the pervasive habit, and they would never do that.

But, the numbers don't lie.

According to a recent report conducted by the AAA Foundation for Traffic Safety, distracted driving, specifically by teenaged drivers, is much more prevalent than research found in earlier studies. Their video analysis found that distraction was a contributing factor in nearly 6 out of 10 motor vehicle crashes involving a teen driver – which is about 4 times more than indicated by information taken from police accident reports in earlier studies.

Many people think that using a cell phone while behind the wheel is the only thing that means someone is driving while “distracted”. But, you may be surprised to learn that there are so many other causes of distracted driving. The most common circumstances involved in the study of distracted driving crashes are:

Adding to the problem with teen drivers is their relative inexperience behind the wheel. Younger drivers do not have the same skills as a more seasoned driver, only because they have not been doing it as long. The AAA study found that drivers using their cell phones were not watching the road for 4.1 seconds of the final 6 seconds immediately prior to the impact of the crash. The study also measured reaction times in rear-end crashes and discovered that in just over 50% of those types of crashes, teen drivers never reacted at all before the crash – meaning they never made any effort to steer away from impact or even apply their brakes.

Distracted Driving a Problem with Young AND Older Drivers

Before you blame distracted driving on the kids, consider the findings in another research study, this one conducted by the Centers for Disease Control, (CDC). The CDC reports that each day, more than 9 people die in crashes caused by a distracted driver, and 1,153 people are injured. DAILY. These numbers are astounding, and the report goes on to point out that when it comes to distracted driving, the term actually can involve 3 major categories:

VISUAL: Not keeping your eyes on the road

MANUAL: Taking your hands off the wheel

COGNITIVE: Taking your mind off your driving

That last category is one of the most alarming for us as personal injury attorneys. Almost daily, we see the crushing devastation that results from a distracted driving crash and in a large number of cases we handle, texting while behind the wheel turns out to be what caused the accident. The scariest part about texting while driving is that many people who are found to be guilty of that infraction become irate, claiming that “they were only dialing a phone number on their phone, not texting”.

Of course, it doesn't really matter what they call it – any reason for taking your eyes, and your mind, off the road is a recipe for disaster.

According to the current Florida statutes, being cited for texting, (or otherwise being distracted by your phone), is a secondary offense. This means you cannot be pulled over for that offense alone – law enforcement would have to have another reason to pull you over, like speeding, illegal window tint or another traffic infraction. Unfortunately, the way the current law is structured means little has actually been done to curb the problem – police and lawmakers throughout Florida are on record as saying the effects of the secondary offense laws have been minimal.

We help people that have been seriously injured by the negligent or careless acts of another person. By aggressively researching and discovering the exact cause of a bad car or motorcycle crash, our legal investigators use everything within our power under the law to determine who was at fault for the crash and resulting injuries, and there is at least one portion of the “Florida Ban on Texting While Driving Law”, or Statute 316.305, that reads:

“Only in the event of a crash resulting in death or personal injury, a user's billing records for a wireless communications device or the testimony of or written statements from appropriate authorities receiving such messages may be admissible as evidence in any proceeding to determine whether a violation of paragraph (a) has been committed”.

If you are found to have been distracted by your phone and cause a serious motor vehicle accident, you can bet that with today's technology, that fact can be proven in court.

We all see it happen in Southwest Florida every day. Whether you see someone eating in their car, doing their makeup or looking at their cell phone, they are all driving while distracted.

Don't be that person.

If you feel you or a loved one has suffered a serious injury at the hands of a distracted driver, give us a call at 239-461-5508, or just fill out this simple form – an attorney will contact you immediately.