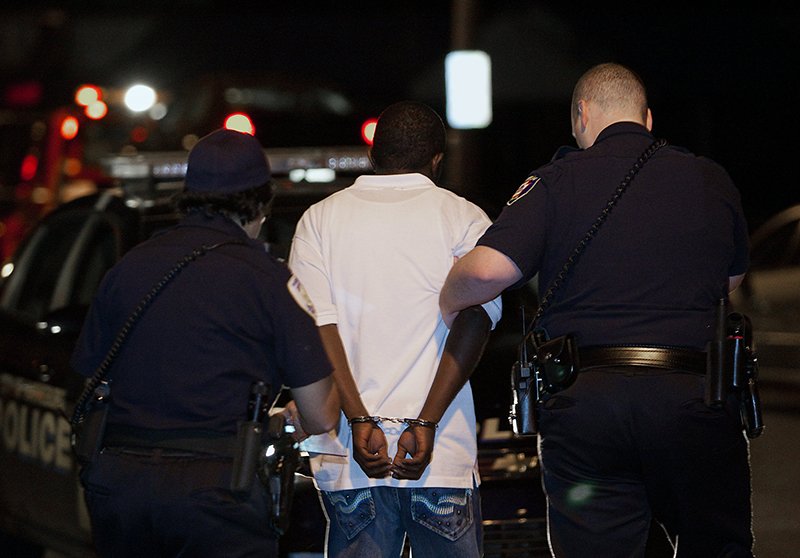 You sure can't fault a kid who wants to get away from sub-zero temperatures and party with their friends on the shores of Fort Myers Beach. It's officially Spring Break time in Southwest Florida, and college kids from all around the country are kicking back with some cold ones, and getting their party on.

Unfortunately, some of them are going a little over the top.

While the majority of the young people that come here are good-hearted college kids, destined to have a good time but stay out of trouble, some others can't seem to hold their booze, which generally results in making stupid decisions. There were 10 arrests during the first weekend of Spring Break here, and local media and police officials note that is more than in recent years, and not the best way to kick off the season.

But it's important to point out that along with visiting college kids, the locals – largely underage teenagers – see this as the perfect time to mingle with the out-of-towners.

This is when the trouble usually starts.

Alcohol can have an extreme effect on young people, especially when they're surrounded by thousands of their friends, determined to get their money's worth on the sandy shores of the beach during the day, and hitting the bars at night. Whether they're bunking at Grandma's condo on the Cape or sleeping 7 to a room at the Lani Kai, the mission is the same; party on.

When the local kids get a few days off school in Lee County, there a lot more people out on the beach for Spring Break. And, who can blame them? I am a Lee County native, and yes, I did enjoy the local Spring Break traditions when I was in high school. But the fact is, a lot of fights, disorderly conduct and just general mayhem start when a local kid wants to show a sunburned kid from Minnesota just who is tougher – or can drink more beer. Bad combination.

In a recent Fort Myers News-Press article, a visiting Spring Breaker was quoted, and said he “just wanted to have fun and stay out of trouble”. Lee County Sheriff officials will tell you that drunken brawls, vandalism, theft, disorderly intoxication, resisting arrest, DUI and a host of other arrests are to be expected during Spring Break. In many of these cases, it is discovered that a local kid was involved, trying to mix it up with a visitor. Cops do their best to keep the trouble to a minimum, and they deserve our appreciation and respect for dealing with the huge influx of kids to the beach every year.

As in most things in life, it is a small number of people who can't deal with too much partying, can't control themselves with the same level of maturity that most of their friends exhibit, and use Spring Break as an opportunity to make the wrong decisions, and wind up in jail. It's a shame that they wreck the good times that their peers are enjoying, but some people just can't hang, and that's when the cops step in.

Drinking to the point of severe inebriation and then hitting on the girlfriend of a University of Wisconsin linebacker is not the way to have fun on Spring Break.

In March 2014, a website published a list of America's Top 20 Trashiest Spring Destinations, and Fort Myers Beach came in ranked at number 9. In their newly-updated list this year, we've dropped (or is it risen?) to number 14. Not exactly sure what that says about us. In case you're wondering what criteria is used to rank the ‘trashiest” places to party, the website COED.com, which asserts themselves as the authority on all things college-related, spells them out: Girls Gone Wild shoots, bike weeks, Hooters restaurants, tattoo parlors, strip clubs and local liquor laws about open containers and closing time. New this year: the cost of a public intoxication ticket.

Here's a quote from the website that summarizes what they mean by ‘trashiest': “Trashy is the embodiment of everything Spring Break stands for: cheap, excessive, loud and turnt.”

A little different than what you remember as a kid? Same here – and, probably not exactly what our local tourism promoters had in mind.

But, I guess in the eyes of those who want a less troublesome and more wholesome type of spring visitor, dropping from 9 to 14 is a good thing. City and County leaders have been quoted as saying they do not actively seek Spring Breakers, and frankly would be fine if they all went to Key West or some other party hotspot. Maybe the word is getting out.

Spring Break is a long-standing tradition for college kids, just like the one where local teenagers use this time to see what it's like to, well, be like a college kid. As Southwest Florida criminal defense attorneys, we understand that there are circumstances in which a person – any person, young or old – can make some poor choices, and wind up getting arrested. If that happens to you or someone you know, it may be a smart choice to consult with a local criminal defense lawyer who knows what to say, what NOT to say, and how to best resolve the situation if the arrest is based on serious criminal charges.

Everyone has legal rights, and it's important to recognize that is some instances, a person gets arrested as a result of a law enforcement official doing the wrong thing, not following recognized department procedure, mishandling evidence, or using questionable tactics to get you to say what they want to hear. It does happen – think about Nate Allen.

People say, “Hey, kids will be kids”. But when it comes to Spring Break, using your head and making the right decisions can mean a much more enjoyable Spring Break for visitors and locals alike.