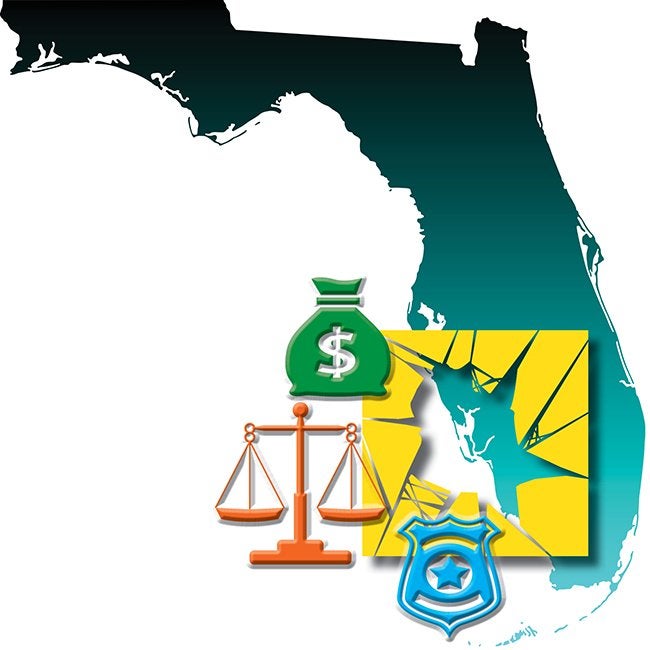 When it comes to determining liability in a car, motorcycle, bicycle or pedestrian accident, the parties involved on both sides of a personal injury lawsuit exert every effort to make their case against each other. In the case of a crash that occurred back on May 8, 2010 – nearly 5 full years later – the City of Naples and their attorneys decided to pay a settlement to an accident victim, as opposed to going to trial.

This settlement, just announced March 22nd, involved a Naples police officer, Jillian Cercone, who was on duty and on her way to a police call when she struck Raymond Williams of East Naples near Fleischmann Boulevard and US 41.

5 years – when you're involved in a serious crash and suffer injuries, determining who was at fault or liable for the accident can take a very long time. In this case, the victim's attorney had a difficult case, because the City of Naples “argued long and hard against liability of their officer”, according to an article in the Naples Daily News.

Attorneys for the victim argued that Officer Cercone was negligent, in that she was speeding carelessly, and was negligent in not stopping for oncoming cross-traffic that had the green light. Her in-car camera indicated she did have her lights on, but not the sirens, and was therefore negligent in not alerting drivers that the emergency call she was responding to required her to run a red traffic signal. The lawsuit also alleged that Officer Cercone violated the police department's vehicle rules and regulations, and that the City of Naples was negligent in properly training her in how to follow rules, and respond to an emergency.

From a personal injury perspective, this case was very interesting, and very much like the work we do at Goldberg, Racila, D'Alessandro & Noone. Mr. Williams, 58 years old, suffered multiple shoulder, neck and wrist injuries as a result of the crash. He required several surgeries, and his injuries will affect him permanently. He also lost considerable time off his job, affecting his ability to earn a living. In this personal injury lawsuit, Williams sought the maximum penalties under the law against the City of Naples, as well as from the State Farm Mutual Automobile Insurance Company.

Williams' and his attorney accepted a settlement amount of $75,000, and also will receive a confidential settlement amount from State Farm. The trial was set to take place in November, but Mr. Williams, who still experiences severe medical issues caused by the crash, decided to accept the settlement. An attorney for the law firm hired by the City of Naples to represent them in the case said, “We're glad we were able to resolve it without the necessity of a trial.”

Personal Injury Lawsuits, and Things People Need to Know This case is a good example of highlighting things that everyone needs to be made aware of. We've written many times about how folks don't really understand the intricacies of a personal injury case until they have the misfortune of being hurt in some type of accident. Then, and only then, do people fully realize the huge negative impact a crash can impose on their lives, and discover that they need help in attempting to make things right, and to try to put their lives back together.

Many people feel that almost all lawsuits are frivolous, a waste of time and money and do nothing but drive up insurance and health care costs. But, ask yourself this; if you were seriously hurt in a crash and required multiple surgeries and extended future treatments just to try to get back to normal, would you be satisfied with $75,000? Our clients call us because of a traumatic injury accident that has drastically changed their lives, and they need help.

They are unexpectedly thrown into a situation that is completely disorientating to them, and they have no idea what to do.

They understand then that having the right personal injury lawyer on their case is surely in their best interests.

Goldberg, Racila, D'Alessandro & Noone, LLC, is a Southwest Florida personal injury law firm with offices in Fort Myers, Pt. Charlotte and LaBelle. Our clients pay us no fees or costs unless we are successful in negotiating a favorable settlement or jury verdict on their behalf. Our personal injury lawyers represent more than 80 years of combined experience helping people who have been hurt in an accident that was caused by someone else's negligence. The attorneys at The Goldberg Firm are skilled trial attorneys and expert negotiators who know what is required to aggressively fight for the legal rights of our clients. For a free, no-obligation to review the facts of your injury case, please call our office at 239-461-5508 to schedule an appointment.