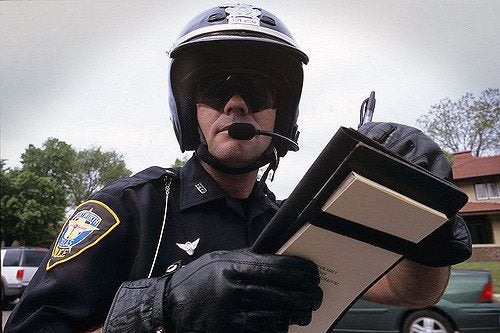 Car Accidents and Other Spring Break Realities: “When Worlds Collide…”

Ah, springtime in Southwest Florida. There's no other season like it – and when we say ‘season', we actually mean the convergence of several seasons into one. Tourist season, Spring Break and baseball spring training all roll together to create an almost impossible challenge to driving safely and avoiding a car accident in Fort Myers, and all of Lee County.

As Southwest Florida spends so much time and money promoting the advantages of spending time here during the spring, many worlds come together – and the result is often not a pretty sight. Frankly, there are so many different scenarios in which someone – either a visitor or a local – can become injured this time of year, it's important to use some added precautions just to make it through until summer:

As Southwest Florida personal injury lawyers, we realize that a serious physical injury can occur in any one of these situations, resulting in devastating circumstances. Fights break out when you have alcohol-fueled partiers in close quarters that get out of hand. People are often hurt because a hotel, bar or restaurant has not taken proper steps to ensure appropriate security people and procedures. There have been people seriously injured as the result of falling down a hotel stairwell because of an unsecured handrail or wet stairs. If a kid on a Waverunner crashes into you, who can be held liable for your injuries and damages?

Our Governor just recently announced that in 2014, 97.3 million visitors came to Florida, the fourth consecutive record-setting year. The Lee County Visitor & Convention Bureau says the increase in Canadian visitors alone rose 25.9% in 2014 over the previous year. And as some question the ability of our roadway infrastructure to handle all those people coming to our area, (and for good reason), it sometimes feels like every single one of those folks are simultaneously driving slowly in front of you.

Those are just the realities of living in Southwest Florida. Unfortunately, with such a tremendous increase in the amount of traffic on our roadways – cars, motorcycles, motor homes and roadway construction trucks – comes a large increase in the risk of being in an accident. It doesn't take long to see all the potential hazards. Traffic going to and from our area's 2 spring training ballparks flows, or tries to flow, on some of the same major thoroughfares. To get from I-75 to the beaches, you need to use many of those same roads. Put this together with the locals who just need to get to and from work and school, and frankly it's surprising we don't see more serious crashes around Lee County.

This is the 25th year the Minnesota Twins have trained here in the spring. The stadium itself has just gone through some gorgeous improvements, and it is fantastic. But, there is still the finite amount of parking spots, and the same old access roads to get there. At the risk of sounding old and whiney, we can remember when you could drive around to the back gate, off of Plantation Road, cruise right in and park under the shady oak next to the lake, about 10-minutes before the first pitch. But with growth, come challenges. Now, Plantation Road IS a parking lot.

While it can be noted that Spring Breakers are not a large factor in the number of added vehicles on the road – the vast majority hop a ride to their hotel or a relative picks them up at the airport, and they may use a cab once in a while – they still do effect the overall congestion. If you've spent any time at all on San Carlos Boulevard or Estero Boulevard, you know that snowbirds and students are a recipe for bumper-to-bumper, completely stopped traffic. That's just the way it is.

As a side note, imagine the scenario if you happen to be involved in an accident caused by someone who is just visiting here, or lives here only for the winter months. Imagine the hassles of trying to put your world back together after the person at fault has gone back up north, and the additional problems that creates for you. Making a claim for financial compensation after you've been hurt through someone else's fault is difficult enough, but fact that the person responsible is no longer in the area makes it a nightmare.

At the end of the day, and hopefully at the end of Spring Break, we will all have used some common sense to avoid sustaining any type of serious personal injury. Some things to consider:

Spring Break should be great time, for visiting college students, snowbirds from up north and locals, too. If you're a young student hanging out on Fort Myers Beach, keep in mind that the legal drinking age is 21, and this is NOT South Beach – you WILL get a ticket for having an open container of alcohol. And if you think you're pretty good at hiding your rum in a soda can, think again – cops have detection devices just for that reason.

If you're a local, please allow extra time to get where you need to be. We all know the roads are going to be completely crazy until right after Easter, so take a deep breath, slow down and we'll all make it through together.