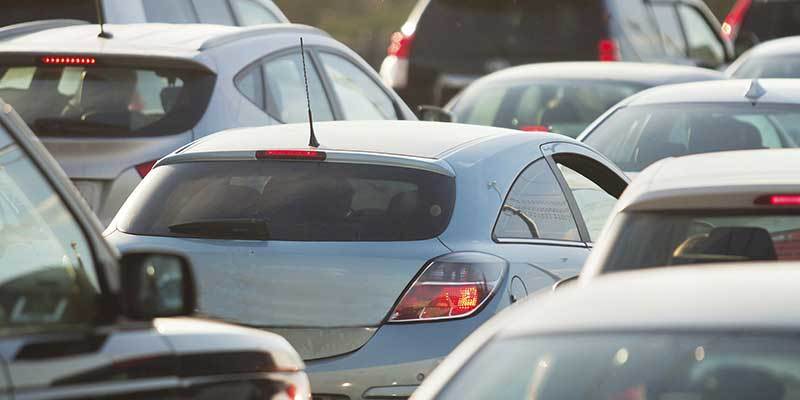 A lot of people find it hard to believe that a company like Uber has arrived in Fort Myers. Still more don't even understand what Uber really is.

You may think that a service that hooks drivers up with those that need a ride, and then accepts money as compensation, would be a taxi, or some other form of transportation service – but you'd be wrong.

Uber, and other similar services springing up all over the country, have compelled the establishment of a totally new business category known as transportation network companies, or TNC's. Because of the clever structure of the wording describing exactly what Uber does, they are able to skirt the many laws and regulations that govern traditional car-for-hire services like taxi's and car livery businesses like airport shuttles.

Here's how it works: An Uber driver goes into business for himself, using their own personal vehicle. Reports from cities in which Uber already operates point out that it takes very little effort to become an Uber driver. A recent article Life & Limb's Policy Genius blog says the following about a writer who went undercover for a story:

“Writer David Fagin went undercover as an Uber driver for Huffington Post. He didn't have any trouble: “[Uber will] pretty much take anyone, as is demonstrated by the downloadable video test you have to pass, which is about as hard to master as tying your shoes. From there, as far as I can tell there's no license check; you simply get your vehicle's paperwork and head to a nearby Holiday Inn.”

Think about that for a minute – if you're picked up by an Uber driver and there's an accident, how many questions come up about who's insurance, if any, will pay for your injuries?

Since Uber has arrived in Southwest Florida, don't expect to see flashy little cars with trendy Uber logo's all over them. Uber describes itself as an app, meaning a smartphone application. People who need to get from one place to another type in their info, and find out if there is an Uber driver nearby who can drive them. It's a ride-sharing service for which you pay – the idea is that you will be able to connect with a ride more quickly and easily than by calling a traditional taxi cab company.

This is what Uber wrote in a legal filing with the California Public Utilities Commission:

So, Uber is calling itself a technology company, and distancing themselves from any association with the words ‘transportation.'

There have already been instances in which Uber drivers have been involved in accidents. An Uber driver in San Francisco, driving his own vehicle while logged into Uber's app for drivers, struck and killed a six-year-old girl who was in a crosswalk with her mother and brother. (The next day, Uber distanced itself from the accident, posting a somewhat terse message on its Web site that offered condolences but also noted that “this tragedy did not involve a vehicle or provider doing a trip on the Uber system.”)

Just this month in California, a Lyft driver, (a company who provides the same services as Uber), transporting two young men swerved to avoid a stalled car on the freeway and hit a tree, killing one of the passengers. It was the company's first fatality. From a liability standpoint, the situation was more straightforward than what Uber had faced, because the victim was a passenger.

Uber Crashes Bring Up A Lot of Serious Questions.

It's true that Uber and other companies like them do offer some form of liability insurance in the event that one of their drivers is involved in an accident. But, to say that it is easily understood is another thing. Remember, you are not in an ‘official' Uber vehicle, you're riding in someone's personal car. Do they have the correct type of coverage, or enough of it, to adequately cover your medical expenses in the event that you are seriously injured?

And, what about the poor Uber driver? There is an extremely good chance that their insurance carrier will quickly cancel their coverage once the accident is reported. As noted in the Life & Limb blogpost:

It's a question that strikes at the heart of how these companies self-identify. If they are just facilitating a relationship between a third-party driver and a user, as they claim they do as “technology companies,” then they shouldn't be liable for much, if anything.

Pretty scary stuff. First, you're supposed to entrust your life with a driver who may or may not be qualified to drive you – apparently, there are little to no background checks done on Uber drivers. Secondly, you are expected to rely on someone else's auto insurance – either Uber's or your driver's – in the event of an accident. You may be entitled to some form of coverage from your own insurance policy, depending on what type of coverage you carry. That's just another piece of this brand new puzzle.

RELATED: Car insurance, accident injuries, and you: Learn more in our free white paper Accident Injuries and Your Car Insurance.

The bottom line is that no one has really clearly seen what may happen down the road when it comes to accidents involving an Uber driver or an Uber passenger. Not only are there many questions about how to regulate this new form of business, which taxi drivers say have a large advantage in the marketplace, but these types of scenarios mean an almost unimaginable tangle of legal liability and insurance questions that have never been seen before.

Goldberg, Racila, D'Alessandro & Noone personal injury law firm helps those that have been seriously injured in a motor vehicle accident that was caused by someone else. Even in cases in which there is a clear liability established, the almost endless paperwork and intricate legal strategies required to successfully negotiate a favorable financial settlement for our clients is something you should not enter into alone. Now, with the arrival of services like Uber, the can of worms just got much, much bigger.