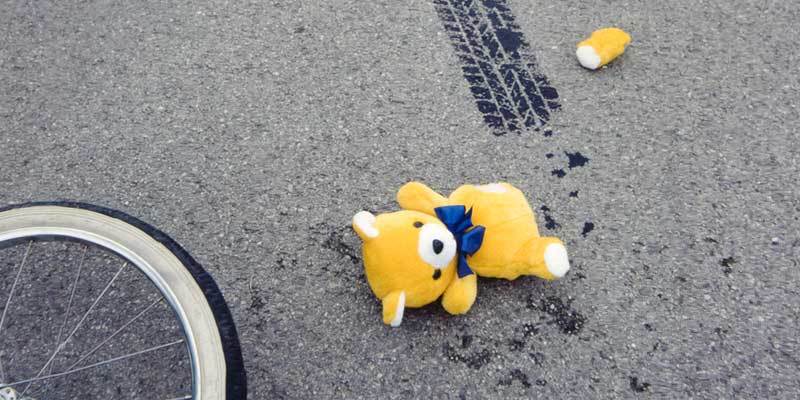 Hardly a day goes by that you don't read about another hit and run crash in Southwest Florida. A large number of them involve people on bicyclists and pedestrians – 3 in 5 fatal pedestrian accidents involved a hit and run driver in 2012, according to the Florida Highway Patrol. You can imagine the injuries and even fatalities when a car or truck strikes a bike or someone on foot. You have to wonder what the heck would make someone leave the scene of the accident.

According to the U.S. Department of Transportation, the five main reasons someone leaves the scene of an accident are:

“Self-preservation is a pretty broad term when used in this scenario”, says Fort Myers personal injury attorney Scot D. Goldberg. “In a lot of cases, the driver may have outstanding arrest warrants, may be drunk or under the influence of drugs, may be driving on a suspended or revoked license, or without insurance”, Goldberg says. “When you know you've broken the law by just being behind the wheel, you panic and take off – which just takes your legal problems from bad to worse”.

In a lot of hit and run crashes, thankfully, there are witnesses. Many describe the scene where a driver who has hit someone will stop their vehicle and get out, look at the carnage they've caused, then get back in their vehicle and drive off. What drivers fail to realize is that whether there are any witnesses or not, the odds of getting caught are against them. Our local police agencies work very hard to track down hit and run drivers, so fleeing the scene makes absolutely no sense. In a lot of these situations, once the driver is found, they usually come up with some type of excuse to rationalize why they took off.

In a hit and run crash in San Carlos Park a couple of years ago, the driver eventually came forward, admitting she had been drinking before the crash, and that she thought she hit a trash can or a pole. In October of 2013, a driver with more than a dozen cases on the books involving bad driving, hit and killed a pedestrian on U.S. 41 in Fort Myers. When found, he explained to police that he had been at a local Oktoberfest party before the crash, and that he thought he ‘hit a dog or maybe a mountain cat'.

As hard as those excuses are to imagine as a reason to drive off from an accident you've caused, there are even more stupid drivers on the road. In 2012, a bicyclist was tossed onto the hood of a car when struck in Bonita Springs. When cops tracked down the 72-year-old driver, she told them ‘she had an appointment and had to be somewhere', admitting that she knew she should have remained at the scene, but left anyway.

You really have to wonder what the heck people are thinking sometimes.

The Florida Highway Patrol investigated around 175 hit and run crashes in Southwest Florida in 2012. Florida's lawmakers have been working for a while to make legal punishment more severe for those found guilty of leaving the scene of an accident. Now the new laws are about to become enacted, and police agencies hope they make people think twice before deciding to drive off.

In that case, the driver received only a one-year jail sentence, which was considered by almost everyone involved to be a ridiculously light punishment. Just this year, a 20-year-old female was arrested two days after running over a pedestrian on Fowler Street in Fort Myers. She took off, stating that she ‘freaked out', thinking that if she stayed she would be arrested for murder. Based partially on her age as a youthful offender, the girl was sentenced to only a four-month license suspension and must follow court-ordered substance abuse evaluations.

“The way the new law is written will hopefully result in much more appropriate punishment for hit and run drivers, especially those involving serious injury or death,” notes attorney Goldberg. “We take these types of crashes very seriously, and we're glad the State of Florida has realized that there needed to be stronger laws in place to punish hit and run drivers”.

When someone is hurt by a hit and run driver, the injured victim faces an uphill battle in recovering financial compensation for their injuries, pain and suffering, future medical care and the devastation of being unable to work. Goldberg points out that if a driver found guilty of a hit and run violation has no measurable source of income, little or no insurance and winds up in jail, the victim's chances of recovering any compensation are extremely limited.

“We know what to look for and who to go after”, Goldberg says. “There are many possible courses of action involving several different insurance carriers, even for hit and runs involving someone on foot.” He went on to state that a pedestrian victim's own car insurance, or that of another licensed driver within their household, may offer the availability to recover financial compensation to pay for medical bills caused by the crash.

Our motor vehicle accident lawyers at Goldberg Noone Abraham are extremely familiar with the devastating effects of a hit and run crash. The trauma of sustaining a serious injury can seem even more tragic when the at-fault driver cannot be located. Our team of dedicated trial lawyers have a thorough and complete understanding of Florida motor vehicle laws relating to culpability and negligence of the at-fault driver, and can aggressively fight to make your life whole again after a serious crash.

Starting this week, Florida will enact stricter penalties for leaving the scene of an accident. If you or someone you know has been the victim of a hit and run driver, you need to seek help from one of our personal injury attorneys right away. Call us at 239-461-5508 for a free appointment with an attorney to review the details of your case. Let us fight for every source of financial compensation you are entitled to under the law for your injuries, long-term rehabilitative care and therapy, lost wages from your inability to work and your physical and emotional pain and suffering.