Motorcycle Helmets and Biker Crash Injuries: About Half of All Riders Wear One 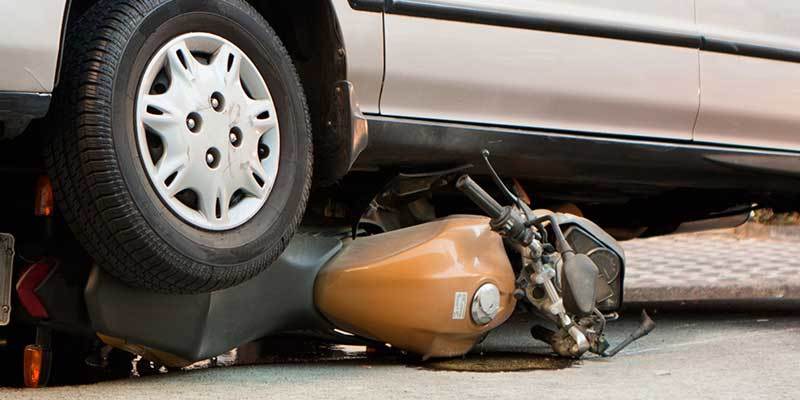 On November 14th through the 16th, Goldberg, Racila, D'Alassandro & Noone law firm was a proud sponsor of the 2014 Bikers for Babies event. This March of Dimes fundraiser is the second largest organized bike ride for that particular charity in the entire country. This year, the event raised a record $206,000, and over 1,000 bikes made the run from Naples to the awesome new Six Bends Harley-Davidson dealer off of I-75 at Daniels Parkway.

As a sponsor, we were able to set up our booth at this three-day event, and got to speak to many of the bikers and other motorcycle enthusiasts who came out to see all the custom machines, rock out to former Poison front man Bret Michaels kick-off concert and check out the huge new dealership.

We really enjoy the opportunity to meet and talk to so many great people at these community events. Bikers, and those who just like the biker lifestyle, are an awesome group of people – honest, straight-shooters and loyal – admirable traits that earn the respect they so richly deserve. Over our years of representing bikers and bike passengers who have suffered a serious injury caused by the negligence of someone else, we have met some truly outstanding people, and are proud of our aggressive efforts in standing up for their full legal rights.

While we were at the Bikers for Babies event, we took the opportunity to talk to bikers about their personal choice when it comes to whether they wear a helmet, or not. Our findings may have been totally unscientific – a pencil mark under the word ‘yes' or ‘no' – but they seem to echo the numbers published by the Florida Department of Transportation, which state that helmet use in Florida was observed at 49.3 percent in 2011. We discovered virtually the same thing in our informal survey – of the bikers who were asked, 48% said they choose to wear a helmet and 52% chose to go without the brain bucket.

Most of the bikers we spoke with also gave some qualifiers along with their answer. Things like the duration of their ride, the area in which they were riding and the weather conditions all came into play. For example, a quick ride to the local Publix on a nice day may not warrant wearing a helmet, while a longer ride may. Some riders admitted to wearing a helmet occasionally, while others wore one every time they put up their kickstands, no matter where they were headed. The 52% who said they did not wear a helmet were the most stringent in their convictions – they choose to go without no matter where they were headed.

Personal freedom is a great thing, and we support any individual's right when it comes to whether they wear a helmet. But as personal injury attorneys, we have seen the tragic effects of a serious motorcycle crash, and because of that, we do advocate helmet use.

Florida experienced a sharp increase in motorcycle fatalities in the early 2000's. The number of motorcycle crashes and injuries nearly doubled between 2000 and 2008. A significant reduction was achieved in 2009 and 2010. However, motorcycle fatalities have been slowly increasing from 2011 to 2013, according to statistics published by the Center for Urban Transportation Research, (CUTR), at the University of South Florida. There are those that will argue that the numbers of fatalities are increasing due to the increase in overall bike registrations in Florida. In other words, more bikers mean more deaths.

Here are some other interesting facts and stats:

Southwest Florida is notorious for the number of bad drivers in the area, and that's another common topic we heard at the Bikers for Babies event. Those of us who get around in cars, or ‘cagers', as bikers like to say, see horrific examples of terrible driving every day. That Cadillac from Quebec that decides to just pull out with little to no regard as to who may be coming towards them in traffic is scary enough when you're in a car. To have that happen to you while you're on your bike is downright harrowing. Bikers are taking a huge risk every time they pull out of their driveway, and wearing a helmet can reduce their risk of a serious head or brain injury by 40%, according to a study conducted by the World Health Organization.

Thanks to all the bikers who came out to the March of Dimes Bikers for Babies event, and congratulations on your record-setting $206,000 in donations to such a worthy cause. We hope you continue to be safe out there, and enjoy the freedom you experience while riding. If you or someone you know is hurt through the fault of another person, we hope you'll give us a call. Going to battle for bikers is what we do, with ‘full throttle' legal representation in our fight to obtain the financial compensation to which you are entitled.