There are lots of things that are meant to scare the heck out of us on and prior to Halloween night; some are imagined, and some are just urban legend. Lots of parents are afraid their kids will come home with some kind of tainted candy, purposely poisoned by some sicko who lives in the creepy house on the corner. 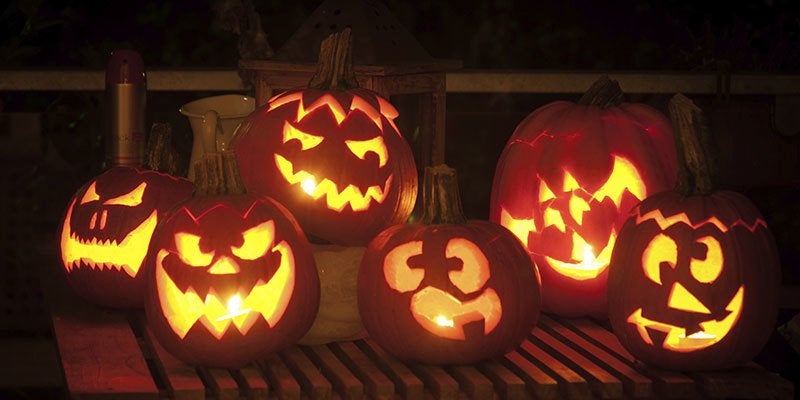 But, don't let your guard down – the personal injury lawyers at Goldberg, Racila, D'Alessandro & Noone want you to know there are still plenty of real dangers out there to be aware of. We're not trying to be the wet blanket on your family's enjoyment of what should be a fun, happy night, watching your little ones get dressed up as their favorite princess or super hero – we just hope you pay attention to your surroundings, and think about a few simple facts to help keep you safe.

Deadliest Day of the Year

It's very scary to discover that Halloween night is the most dangerous night of the year for young pedestrian fatalities, resulting in twice as many than on any other typical night, according to State Farm Insurance. Young people between the ages of 12 to 18 are the most at risk kids – the ones who often will be in larger groups, and may have less regard for safety as they zip through your neighborhood acting like – well, kids.

The danger comes when kids, distracted by goofing around with their friends and sending selfies in their cool costumes, often don't notice oncoming cars, resulting in a crash with serious injuries. Most baby boomers will tell you they never had to deal with cellphone distraction – texting while crossing the street, for example – when they were out trick-or-treating. But today it's a very real concern. Kids who are allowed to go out without adult supervision should be told to keep their phone use to a minimum unless they are safely away from any street, parking lot or other place where there is vehicular traffic, and to stay alert as to their surroundings.

But, adults can be just as dangerous on Halloween. The night is full of parties in homes and in bars, complete with zany costume contests and some scary alcohol consumption. The National Highway Safety Administration says that Halloween has turned into a ‘major drinking occasion', and fatalities caused by drunk drivers go up by around 20% that night, adding that around 20% of pedestrian deaths involve a drunk driver on Halloween night.

Halloween is so closely associated with partying that even the weekend prior to the actual holiday was filled with people dressing up and getting down in their festive painted faces or sexy nurse costume. And this year, Halloween is on a Friday, causing law enforcement officials to be even more aware of the possibility of drunk drivers on our roads. Sure, it's cool if you want to rock that awesome Spiderman spandex with your friends at the local pub – just make sure you have someone with you who does not drink and can get you home safe, or resolve to call a cab before you even go out.

Things That Go BUMP in the Night

There are many other situations in which someone can become seriously injured on or before Halloween night. Unwieldy, loose or ill-fitting costumes can cause someone to trip and fall. Sometimes kids can't see properly through the eye-holes of a costume, or spend so much time fidgeting in it that they lose sight of where they are walking. If your kids are strolling down the sidewalk in a poorly-lighted neighborhood, there's a good chance they may not see any oncoming cars. Flashlights are always a good idea, too, to help other pedestrians and cars see your child. Don't let your kids run ahead of you unless there is no chance for a car coming by suddenly, and if you can clearly see where they are going.

Lots of people scoff at the notion that chocolate is poison to dogs, but the ASPCA takes issue with that. According to their website, “Typically, the darker the chocolate, the higher the potential for clinical problems from methylxanthine poisoning. White chocolate has the lowest methylxanthine content, while baking chocolate contains the highest. As as little as 4 ounces of milk chocolate—or only 0.5 oz of baking chocolate—can cause serious problems in a 10-pound dog. While white chocolate may not have the same potential as darker forms to cause a methylxanthine poisoning, the high fat content of lighter chocolates could still lead to vomiting and diarrhea, as well as the possible development of life-threatening pancreatitis, an inflammatory condition of the pancreas”.

Also, if your pet does not react favorably to being dressed up in a costume, don't force the issue. As cute as Fido my look in that adorable bumblebee get-up, a skittish dog could uncharacteristically bite a child or adult, or bolt out the door into the night.

Here are some other good Halloween safety tips from the Mayo Clinic:

From furry animals to princesses and superheroes, choosing costumes wisely is an important part of Halloween safety. Follow these tips:

Halloween should be a blast, sharing the joy in your children's faces as they wander about collecting free candy. Please pay attention to your surroundings, watch out for kids if you are driving and refrain from drinking if you're going to get behind the wheel.

If you or someone you know has been injured through the fault of someone else, don't be scared to give us a call. We will sit down to discuss the situation with you to determine if you may be entitled to financial compensation. We will haunt the other party's insurance carrier like a monster, and work like the devil on your behalf.