Slow Your Roll – Stop Signs are NOT “Stoptional” 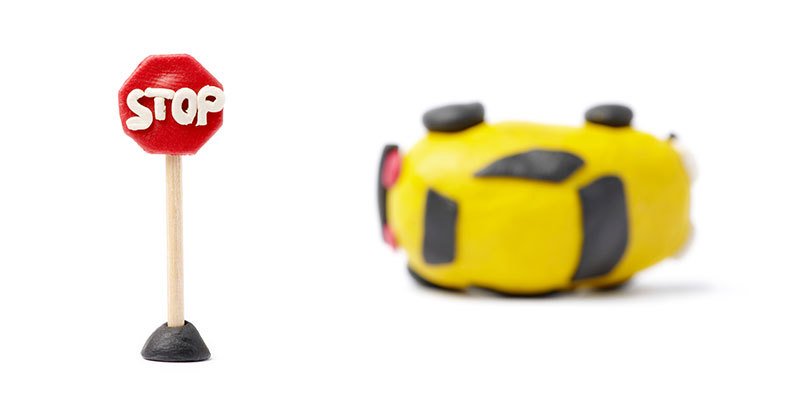 Scary to think, but the practice of not coming to a complete stop at a stop sign now seems to be the norm, not the exception. We see it every day – it's so prevalent that it's hard to miss. Cars, trucks, motorcycles and bicycles approach a stop sign, and just kind of slow down a little, then roll right on through.

It doesn't even seem to matter whether there are any other vehicles at the intersection. So many drivers these days seem to think that the stop signs don't apply to them – that they're just ‘suggestions”.

Well, stop signs are not “stoptional”.

For some reason – maybe because California is considered to be the frontrunner when it comes to trends – not coming to a complete stop is often referred to as a California Stop. We've also seen reference to the Hollywood Roll, and the Chicago Stop, so maybe it is a frequent occurrence in the windy city, too. But whatever you call it, a rolling stop is not only a good way to start a road rage incident with the drivers around you; it's also a cause of auto accidents, some of which involve pedestrians.

Ever been in a crosswalk and had a car roll up on you? Happens all the time. Inattention, poor driving skills and just plain stupidity can all come into play here, and these instances often result in more than just a dirty look. We've all seen the middle fingers and heard the heated words that are exchanged when someone thinks its ok to ‘almost' stop.

At our downtown Fort Myers law offices, it only takes a few seconds of standing outside our building to see examples of rolling stops. At the 4-way stop intersection in front of our building, it happens with far more frequency than drivers who do come to a complete stop. We've seen it all – rolling stops by passenger cars, delivery trucks, Harley Davidsons and bicycles – heck, even cops do it.

But the fact remains that in Florida, it is considered a moving violation. And while there is a pretty fair chance you'll get away with not coming to a complete stop, (even if a police officer sees it), getting a ticket largely depends on several different factors.

Maybe the cop had a big fight with his wife that morning, or is just generally in a bad mood. Maybe there is a ticket quota to be filled, and he's a little short this month. Bang, you're pulled over, and advised that you failed to make a complete stop. Sure, there are situations where a cop doesn't bother pulling you over, because he is on his way to something more urgent, or on his way home after his shift, and simply doesn't feel like dealing with it. But that doesn't change the fact that it is a dangerous habit that can lead to a car crash.

Depending on where you are when you get the ticket, costs range anywhere from $30.00 to over $100.00. You may also be subjected to an increase in your car insurance premiums, and have points assessed against your driver's license.

At all intersections, although there may be stop signs, drivers still must consider right-of-way rules to safely and respectfully cross intersections. The driver who stops at the stop sign or stop line first has the right of way amongst all directions. Should two or more cars stop at the same time at a stop sign, the car on the right side of the driver has the right of way. However, you should always be aware of who stopped first when letting a right-side driver proceed. A stop sign means STOP, not “slow down just enough.” By law, a stop is when all tires on a vehicle are not moving. If you cannot see well enough to drive safely, roll forward slowly to expand your view of any oncoming traffic or pedestrians.

So many car, bike and pedestrian accidents could be prevented if everyone just began the habit of coming to a complete stop. Next time you're on the road, take a conscious look around to see how many rolling stops you notice – you'll be sadly surprised by how blatantly prevalent it is.

Any type of accident that results in a serious injury can begin a complete mess of legal hassles, such as paying for your injuries and medical care, getting your car repaired or getting a replacement vehicle, and figuring out how you're going to pay your living expenses if you've been rendered unable to work. If this happens to you or to someone you love, you should enlist the services of an aggressive personal injury attorney who will diligently and expertly stand up for your rights under the law, and help put your life back together again.

You can always speak to one of our personal injury lawyers at no cost to you – and you won't owe us anything unless we are successful on your behalf.