The Hardest Test You’ll Ever Take

The Hardest Test You’ll Ever Take

There are some tests you'll take throughout your life that you'll ace. You've prepared, you know the material backwards and forwards, and you have no pre-test anxiety. 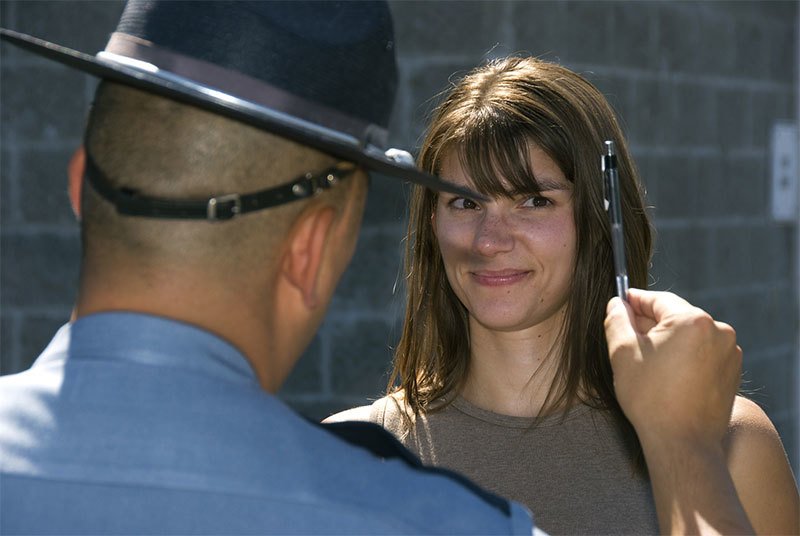 FST stands for Field Sobriety Test, sometimes called SFST, or Standardized Field Sobriety Test. Beginning in 1975, the National Highway Traffic Safety Administration (NHTSA) sponsored research that led to the development of standardized methods for police officers in evaluating motorists who are suspected of Driving While Impaired (DWI), or DUI, Driving Under the Influence. In 1981, cops from across the United States began using NHTSA's Standardized Field Sobriety Tests (SFST) to help make arrest decisions at and above the 0.10 percent blood alcohol concentration (BAC), the standard at that time. Now, all 50 states have lowered their BAC limit of suspected illegal intoxication to 0.08 percent, raising the question of how well the SFST can identify motorists suspected of driving with a BAC of less than 0.10 percent.

Most cops use the three most common FST's if they suspect they have pulled someone over who is under the influence of alcohol or drugs. They are:

HGN – Horizontal Gaze Nystagmus test: This test is most commonly known as the “pencil test”, because it involves an officer slowly moving a pen, pencil or similar object back and forth on a straight horizontal plane in front of the suspect driver's eyes, using his other hand to shine his flashlight directly into your eyes. The cop then watches for your eyes to move involuntarily, which is known as nystagmus. According to the initial guidelines established by the NHTSA, this can indicate that a person is under the influence.

WAT – Walk and Turn test: This little bit of gymnastics requires that a person walk 9 steps, heel-to-toe, (meaning you are expected to place your feet in front of each other as you walk – not exactly a natural way to walk), in one direction, then turn around 180 degrees and walk back, heel-to-toe, to the place you started.

OLS – One-Leg Stand test: This one is pretty tricky, even when you're sober. The suspected impaired driver is asked to stand on one leg, slightly raising the other foot off the ground about 6 inches, while keeping it parallel to the ground. The officer will usually ask the suspect to count at the same time, as in “one one-thousand, two one-thousand”, etc. The cop is looking to see if you can do that for a period of 30 seconds – but in a lot of cases he won't share that little tidbit of information with you before you start. Here's a fun little drill – assuming you are sober as you're reading this; go ahead and try it right now – we'll wait.

See? Not as easy as it sounds.

There are so many potential problems when it comes to a law enforcement official performing these FSTs. The law in Florida states that all FSTs must be administered with “strict compliance” with the NHTSA training protocol. Some courts in the U.S. have further ruled that only “substantial compliance” must be in place in order for evidence from FSTs to be admissible as evidence in court. This type of ambiguous language seemingly makes it OK if a cop “mostly” follows the training procedures. Who decides if the tests were performed within “substantial compliance”? Well, not you, that's for sure.

Cops are people, and people sometimes make mistakes. In order for any FST to be deemed valid, they must be administered in the prescribed standardized manner. The training manual used by police officers states that “if any one of the standard field sobriety test elements is changed, the validity is compromised”.

Let's look at a few examples. If an officer moves a pen side-to-side in front of your face, they're required to do it a certain pace. Moving the pen too slowly or too quickly can render that test invalid. This happens all the time. If you're asked to walk a straight line in the WAT test, the officer will generally recite a long list of instructions – a lot to take in, even if you haven't been drinking. The cop is also required to limit their own movement in order to not distract the person performing the test, but this rule is broken all the time, as an officer will often walk alongside you, shining a flashlight at your feet as you attempt this tricky maneuver.

In the One Leg Stand test, the officer knows that you are expected to stand in that position, with one foot raised parallel to the ground at about 6 inches high, for a 30-second time period. But, the cop will often choose to keep that little bit of info to himself. If you know you are going to need to hold that pose for 30 seconds, you will likely prepare yourself differently, both physically and mentally.

If you're arrested for suspicion of driving under the influence of alcohol or drugs, law enforcement will enter whatever evidence they have – which in cases where there is no recorded video of the FSTs being administered, could come down to the cop's word against yours – when it comes time for you to appear in court. It is then up to your defense attorney to point out any deviations by the officer performing the FSTs. The sad reality is that at that point, the seemingly incriminating evidence may have already been seen by the jury – even the best DUI defense lawyer may have trouble getting a jury to “un-see” what they've just seen, and they may just assume the cop followed all the rules perfectly.

The bottom line is that there are hundreds of things that can go wrong in the administration of a field sobriety test, but unless you count on a qualified, experienced DUI defense attorney, you won't know how to use those things in your favor.

If you've been arrested and charged with DUI, we invite you to call us for a free, no-obligation consultation about your situation. We may be able to greatly reduce or even eliminate the charges against you, based on the way the police officer performed your field sobriety tests. We ensure that your full legal rights under the law – every law – are vigorously defended.

There are some tests you just can't study for. If you find yourself in trouble because of a DUI arrest, we suggest you look for help.