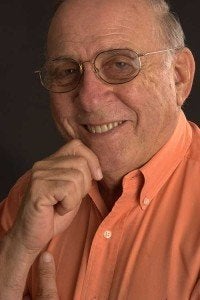 The Housing Authority of the City of Fort Myers, (HACFM), has reappointed Joseph D'Alessandro as vice chairman for another four years. D'Alessandro is a native Floridian, born and raised in Fort Myers. He graduated from the University of Florida with a bachelor's degree in journalism in 1961 and later received his Juris Doctor degree from Stetson College of Law in 1964. In 1967, D'Alessandro was appointed the assistant state attorney for Lee County. Two years later, Governor Claude Kirk appointed him the state attorney for the newly created 20th Judicial Circuit. At age 30, D'Alessandro was the youngest state attorney to ever hold such a position. After his appointment in 1969, he was elected to office for eight consecutive terms. After serving Lee County in this capacity for 35 years, D'Alessandro retired from the State Attorney's Office in 2002 and is now a partner of the firm Goldberg, Racila, D'Alessandro and Noone, LLC. He is a member of The Florida Bar and United States Supreme Court Bar. He is past president of the Florida Prosecuting Attorney's Association and past vice president of the National District Attorney's Association. He served on Governor Lawton Chiles' Criminal Justice Task Force, former Governor Robert Martinez's Drug Policy Task Force and Criminal Justice Information Systems Council. D'Alessandro has served on numerous committees of The Florida Bar and has lectured at the Cooper Institute for Advanced Studies in Medicine and the Humanities on the legal issues relating to the right to die. D'Alessandro is also involved in many community service organizations and has received a number of awards for outstanding community service and citizenship including being selected for “Who's Who in American Law Enforcement,” awarded the Florida Outstanding American Award by the Florida Jaycees and voted Man of the Year in 1983 by the Italian American Federation of the State of Florida.

The HACFM provides high-quality, stable and sustainable housing and related services to people in need. In addition, the staff works diligently in providing programs such as Resident Services/Family Self-Sufficiency and HOPE VI Community Supportive Services. The goal is to help families become self-sufficient, therefore strengthening the communities that use public and private resources efficiently and effectively.