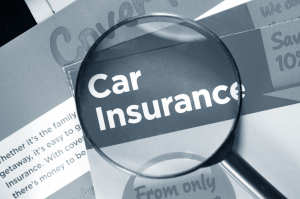 There has been a lot of information in the Florida media lately about the laws governing personal injury protection, commonly called PIP, and your auto insurance.

Let's review with a short primer on the subject: During the 2012 legislative session, HB 119 was successfully passed. The new bill resulted in significant changes to the PIP portion of your car insurance coverage. The whole idea behind the bill, which was aggressively lobbied by the insurance industry, was to reduce the amount of fraud within the business – unscrupulous medical providers filing bogus insurance claims to get paid for non-existent injuries, and medical care that was never rendered.

Sounds good at first glance. Consumers in Florida thought this would result in a reduction in the amount they pay for car insurance.

But there were a couple of things that people didn't quite understand. First, as a result of the passage of HB119, consumers are severely limited in the way they can be treated for their injuries, and how much will be paid to their medical providers by their insurance policy. Now, if you don't seek medical attention within 14 days following your accident, you will not be entitled to any PIP benefits from your insurance policy. That amounts to $10,000 in PIP benefits that you have paid for, but will not receive.

If you are seen by a medical provider within 14 days of the accident date, you may or may not be entitled to the $10,000 in PIP benefits. There must be a finding of “emergency medical condition”, (EMC), in order to receive your full PIP coverage benefits. Without an EMC, you are only entitled to $2,500 in PIP benefits.

Complicating things is the fact that there are only certain medical providers that can render an opinion on whether someone has sustained an EMC. Chiropractic physicians cannot, under the new statutes, render such an opinion.

Additional restrictions set forth under HB119 state that massage therapy and acupuncture are no longer covered medical services under your PIP coverage.

The promise of reduced premiums may not be all that it's been made out to be. Sure, last week Florida's Office of Insurance Regulation, (OIR), issued a report stating that after a year of studying the effects of the new law, there is expected to be a “projected” average 13.2% reduction in premiums, based on the agency's review of 20 insurance companies that write policies for about 75% of Florida's insured drivers.

But don't spend that extra money just yet. Based on the portion of your overall policy represented by PIP coverage, your total premiums will drop by only about 1.2%.

As the OIR points out, the reported decrease is a projection, and until the legal wrangling now going on in Florida's Supreme Court is settled, most insurance companies are not sure what to do. The new law had so much opposition that it was challenged in Florida's 1st District Court of Appeals in Tallahassee, which is currently reviewing its constitutionality. As stated by the state government relations counsel for The Property Casualty Insurers Association of America, Donovan Brown, “that case causes mass confusion in the marketplace”.

And not every insurance company is lowering their rates as the result of the new restrictions on accessing your full PIP coverage benefits. 21st Century Centennial Insurance filed for a whopping 58.1% increase in “no-fault” premiums, and Esurance Property & Casualty Insurance asked for a 20.9% “no-fault” premium increase.

Here's the takeaway you need from all this information; when it comes to paying for full PIP coverage benefits vs. what you actually get, this new law severely limits what you are entitled to if you're hurt in an accident. The insurance giants and their legal lobbyists are telling Floridians that HB 119 will result in fewer fraudulent claims and cheaper premiums, but the fine print spells out trouble when you try to get medical treatment after a crash.

By restricting your coverage today for the promise of “projected” premium reductions tomorrow, Florida's insurance companies are attempting to pull a fast one on every driver in the state.

If you've been seriously hurt in an accident, don't try to figure out what your insurance policy will cover, and what it won't cover, on your own. It doesn't cost a penny to sit down with a qualified, knowledgeable personal injury attorney to get the straight facts about your injuries, and find out if you may be entitled to financial compensation under the law. Waiting too long before making that decision could result in serious financial hardship in paying for your medical care.