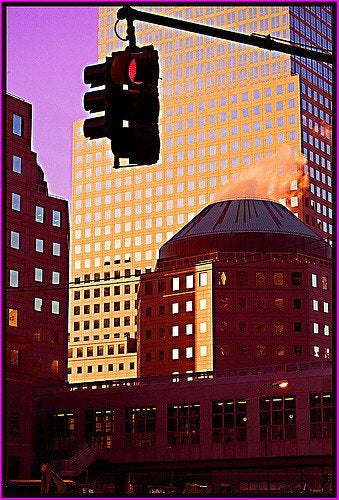 On Thursday November 7th, the Florida Supreme Court heard arguments regarding whether the cities of Orlando and Aventura violated any state laws by approving the use of red-light camera programs.

The end results of this legal battle could have an impact on red-light camera use in Southwest Florida. Proponents of the devices claim they help prohibit red-light runners, especially those who roll through a red-light right turn without coming to a complete stop. They feel the cameras will help reduce the chances of a serious car crash.

The cases from the two cities have been combined, and came from ordinances that Orlando and Aventura passed prior to the Florida Legislature approved a law in 2010 allowing the use of the high-tech cameras to take pictures of people running stop lights, and the establishment of regulatory guidelines.

According to The Sun-Sentinel, the Orlando case going before the court Thursday involved a ticket issued to Michael Udowychenko in 2009 over a red light he allegedly ran, resulting in a fine of $125 and $30 in court costs.

His attorney, Jason Weisser, said the cameras were installed unlawfully and the ticketing system operated without sufficient legal safeguards for the alleged violators.

The Supreme Court Justices looked closely at whether the cities were “pre-empted from not following State traffic ordinances in their efforts to nab red-light runners. Some of the key points included whether Orlando and Aventura had been imposing fines that were not in alignment with State penalties.

One Justice noted that to him, “it seems pretty clear (that) what we have here are additional penalties that are imposed”. But an attorney representing the City of Orlando believes that State traffic laws delegate authority in numerous ways, and therefore Orlando's red-light camera ordinances are legal.

While Lee County has never utilized the cameras, Collier County started their program in April 2009, but discontinued it in February 2010. During that span, the County issued 34,891 tickets to alleged red-light runners.

These devices have been quite controversial, and several cities and municipalities throughout Florida use them. Many people in addition to law enforcement support them, but critics question whether they are just a thinly-veiled attempt to fatten the coffers of those who use them.

We will keep this blog updated with new information regarding the Florida Supreme Court rulings.

If someone you know has been injured in a motor vehicle accident caused by a driver who ran a red light – with or without a camera – you need to consider the hiring of an experienced personal injury attorney. We invite you to call our offices at 239-461-5508 for a no-cost consultation to review the circumstances of your case.