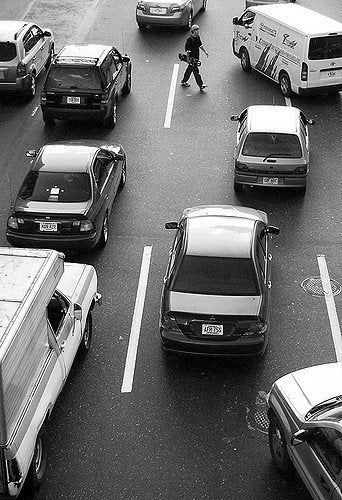 Within the last 30-day period, 9 people have been killed or seriously injured in pedestrian and bicycle crashes in Lee County. The most shocking and sad news is that in most of those cases, the pedestrian or cyclist was at fault.

Local law enforcement officials point out that in most of the crashes, the pedestrian was not crossing at the crosswalk, but in the middle of a busy roadway. An article in the local paper notes that a Fort Myers police officer likened watching people trying to get across U.S. Highway 41 to “watching Frogger”, the video game that shows frogs trying to frantically hop from one safe location to another.

The rash of recent accidents – 68 fatalities through October of this year alone in Lee County – is an unfortunate mix of too many cars and too many people trying to share the road, according to police. The seasonal influx of local drivers means an increase in all types of motor vehicle, pedestrian, motorcyclist and bicyclist accidents. For the same period last year, there were 51 fatalities.

It is so frustrating to wake up and see the same headlines, almost daily, about a tragic car crash – especially when the bulk of them were easily preventable, and were caused by careless or inattentive driving, not using a crosswalk and other poor decisions. The circumstances of the crashes may differ from one to another, but the senselessness of them all is truly unfortunate. Here's a look at just a few very recent examples locally:

And just today, 2 pedestrians in North Carolina were killed by a drunk driver who was texting as he tried to take a freeway exit ramp, and crashed into the pair as they were alongside the road because of a tire coming off their trailer. Was it the booze or texting that caused this terrible crash? Who knows – the fact is that it was stupid, negligent driving, and it happens far too often.

We've all seen instances of stupid driving around town, and it may sound unfair to always blame the out-of-town visitors for the bulk of them. But the fact is, the huge influx of drivers in Southwest Florida – the majority of them either elderly, unfamiliar with local roads or both – can mean a significant increase in crashes resulting in death or serious injury. A Fort Myers police officer recalled in a recent newspaper article the time he had to stop a seasonal resident from trying go down a one-way street in Downtown Fort Myers, with the confused driver remaining adamant that “his GPS told him he could go that way”.

The Department of Transportation and the National Highway Traffic Safety Administration has just released a new report in November 2013 on the nation's motor vehicle crashes for 2012. And here's an important fact – notice that the publication's title does not say “accidents”, it says “crashes.” An accident has a totally different definition than does a senseless crash that may have easily been avoided.

Here are some highlights – or lowlights – of the report:

For a full copy of the report, click here.

The NHTSA also has some good information about pedestrian safety here.

Our law firm has worked on hundreds of serious car crash personal injury cases involving fatalities and life-changing physical trauma. We have seen so many people devastated by the careless, irresponsible driving behavior of another person. We work with people every day who need someone to fight for their legal rights, and to try to put their lives back together after losing a family member, or sustaining extreme, tragic injuries.