Text Ban in Florida Starts Tomorrow – Will Anyone Notice? 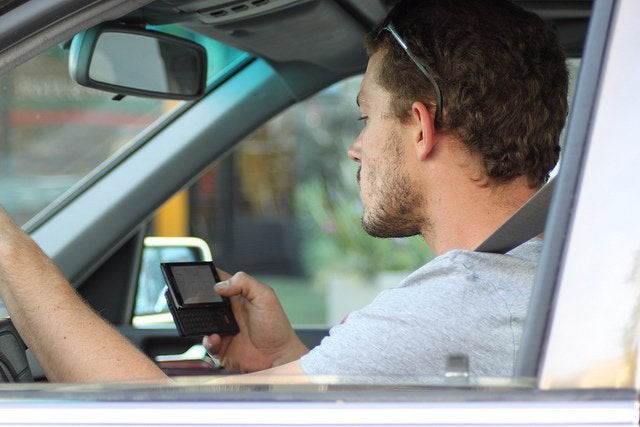 October 1st is when the state's ban on texting while driving takes effect. But there are many Floridians who worry that no one will realize it.

Other than some roadside message boards saying, “Don't Text and Drive. It's The Law”, don't expect a big splash of publicity letting people know about it. That's because Governor Rick Scott vetoed the part of the state's budget that was to spend about a million dollars to be used in promotion of the ban.

As you would expect, there are many people who feel slighted by the lack of educational effort behind the new law, and feel it really won't amount to a significant reduction in auto accidents caused by distracted driving. Many of them have experienced the death or serious injury of a friend or family member who was involved in an accident caused by someone who was texting while behind the wheel.

Florida's new texting ban is a secondary offense, which means a cop will need to pull you over for another offense – like speeding, erratic or aggressive driving – in order to uncover whether or not you were texting.

And, there are a couple loopholes in the new law that have people worried that nothing will really change all that much:

Florida will become the 41st state to ban texting while driving. The violation will be a secondary offense, meaning law enforcement officials first must pull drivers over for another reason. Starting Oct. 1:

Drivers cannot manually type or enter multiple letters, numbers, symbols or other characters into a wireless communications device or while sending or reading data for “non-voice interpersonal communication.” This includes texting, emailing and instant messaging.

Texting is allowed in hands-off, high-tech cars and when a car is stopped at a red light or in a traffic jam.

There are a few promotional efforts going on to alert everyone about the new law, however. The State DOT and the Department of Highway Safety and Motor Vehicles have joined campaigns put together by the country's largest cell phone service providers, designed to teach new, young drivers the dangers of distracted driving.

State law enforcement agencies have all been notified of the new law, but really have no specialized training in place targeted towards its enforcement. This is just one more reason many Floridians feel the new law falls woefully short in potential effectiveness, and is pretty much worthless as it's now written. And, the senior director of the National Safety Council has been quoted as saying, “the degree of risk involved in driving while texting is similar to drunk driving, speeding and reckless driving — and it's a secondary offense?”

No matter how you feel about Florida's new anti-texting law, you can bet it will remain a hot topic for a long time. For those with a more upbeat perception, like safe driving instructors, the feeling is they will leverage the opportunity to make it a part of their curriculum to educate new drivers, and they figure the new law is at least a step in the right direction.

If you or someone you love has been injured in a car crash caused by a distracted driver, we welcome the opportunity to speak to you personally about your situation. It doesn't cost you a thing, and we can help you determine if you have a legal case to recover financial compensation for your injuries, lost wages for being out of work, and pain and suffering.