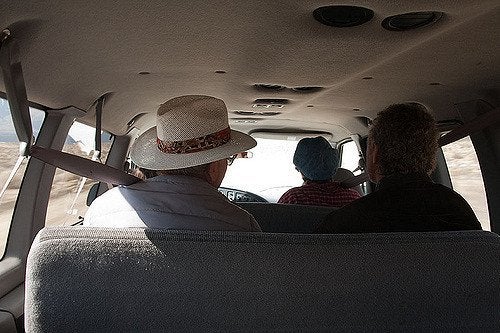 In the terrible aftermath of the church van that rolled over on I-75 near Estero killing 3 people on Saturday, new attention is drawn to just how safe these vehicles are – and the news is not good.

The type of vehicle in question is the 15-passenger van style that is used by many churches, civic organizations and even private taxi and transportation companies to carry larger groups than can be allowed in a standard passenger car.

The church members were travelling from Lauderhill on the east coast to Tampa to take part in a Haitian convention, according to officials with the Seventh-Day Adventists. It is not known exactly why the van crashed and flipped, but law enforcement officials are investigation the van's tires and tread, as well as other possible causes.

This awful accident brings critical scrutiny of the larger multi-passenger vans, which are categorized by the National Transportation Safety Board as “among the most dangerous on the road”. The NTSB published a report regarding the instances of fatal rollover accidents involving the vans, and has often issued details about exactly why these types of vans can be a rolling death trap. NTSB statistics show that from 2003 to 2007, 265 people were killed in 177 large van rollover crashes. The agency states there are about 500,000 of these types of vans on the road today.

Here are a few warnings highlighting the dangers:

NTSB officials advise if you are going to travel in a 15-passenger van, remove the rear seat, and never transport more than 9 people at a time. Even though the vehicle's name implies that is designed to carry 15 people, the chances of the van crashing and flipping are greatly increased when they are filled to capacity.

Tragic crashes involving deaths and serious injuries can devastate people's lives in unimaginable ways. With the 15-passenger vans, so many questions come up after such an accident; had the vehicle been recently inspected for safety? Were the tires on the van re-treads, and did the tread separate from the tire? Had the driver ever driven such a large vehicle at highway speeds before?

We urge everyone to do some research and ask questions before you head out in one of these vans, no matter where you're going.