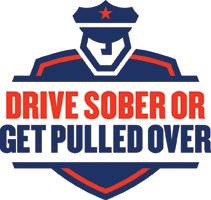 AAA estimates that this Labor Day weekend, about 34 million Americans will travel 50 miles or more away from their homes, bolstered by more money in their pockets as a result of a promising economic outlook and optimism in the housing market. 85%, or about 29.2 million people, will travel by automobile, an increase of 4.3% over the same holiday weekend in 2012.

Traditionally known as one the busiest periods on Florida's roadways, the increase in traffic can also mean an increase in serious motor vehicle accidents. As personal injury attorneys, we know the severe injuries and devastating effects that a drunk driving crash can cause, and we urge everyone to use added caution during this peak travel time.

A long weekend lends itself to the consumption of alcohol, so it makes sense that your chances of encountering a driver under the influence of alcohol – or drugs – are greatly increased. And Monday, September 2nd, is particularly dangerous, as huge numbers of hung-over and sleep-deprived partiers attempt to make their way back home.

To coincide with this dangerous peak travel weekend, thousands of law enforcement agencies, along with the National Highway Traffic Safety Administration, are mounting a beefed-up, high visibility safe driving campaign, called “Drive Sober or Get Pulled Over”. This national drunk driving awareness campaign runs from August 16th through September 2nd, and you'll be seeing additional cops on the roads, looking for impaired or aggressive drivers.

According to statistics published by the NHTSA, crashes caused by alcohol-impaired drivers cost more than $37 billion each year. And in 2010, over 10,000 people were killed in drunk driving accidents, or about one every 51 minutes. Not surprisingly, the long Labor Day weekend is considered to be one of the most dangerous periods on the road, and when you live in a highly popular tropical vacation destination like we do, you can count on the party animals hitting the local roadways in big numbers.

No one says you can't drink or enjoy yourself during your Labor Day celebrating, but please act responsibly, and stay away from getting behind the wheel if you do. You'll allow everyone the ability to get back to their jobs bright and early Tuesday morning, and you could just end up saving a life in the process.