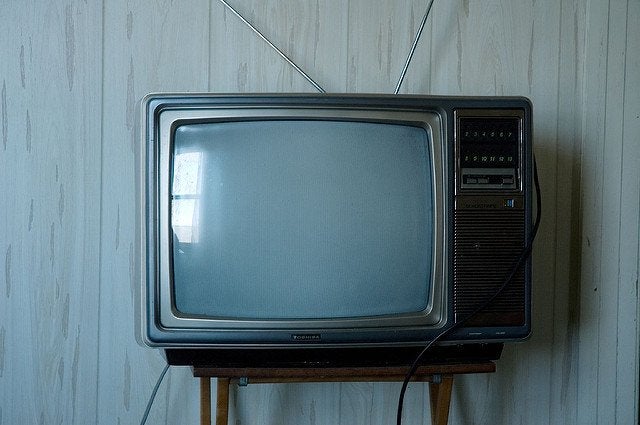 The first reaction I had after reading the headline of the American Academy of Pediatrics, (AAP), article released today was, “WOW!” You'll likely feel the same way, when you learn that MORE THAN 380,000 PEOPLE under the age of 18 were treated in emergency rooms because of TELEVISIONS FALLING ON THEM between 1990 and 2011.

I know using all caps is looked down upon, but I'm still trying to get my head around that staggering number – 380,885 people, to be exact. The study conducted by the AAP utilized data from the National Electronic Injury Surveillance System to track US hospital emergency room visits by people 18-years old or less that were injured by a falling television set. I still have a hard time coming to grips that astronomical number.

Several reasons were cited in the report, but one of the most prominent causes is the result of people obtaining a new, flat-screen television, and then moving their old TV into a bedroom. Most older models are larger and bulkier than newer models, and create an extremely unsafe situation. The TV's are most often placed atop a dresser, armoire or other piece of furniture which as not designed to hold such a large, heavy object.

Here are a few other discoveries found in the study:

Over the two-decade course of the study, 215 children died from their injuries. And the problem is getting worse – 6 young children have lost their lives from 2012 to the present.

Children will often use dresser drawers as a staircase to reach a television placed on top of a chest of drawers or tall bureau. In other cases, the TV may topple from a tall dresser if the drawers are pulled out abruptly. Televisions, especially the older, bulkier styles, create a top-heavy danger that often results in serious injury to children and young adults.

At our personal injury law practice, we have seen countless kids hurt by an unsafe product – but this is even sadder, because the TV itself is NOT unsafe – it's where the parents PUT it that causes the problem. Parents need to assess the physical set-up of every TV in their homes to make sure they don't have a disaster in the making. There are specially-designed straps and tethers available to anchor a piece of furniture to your wall, as well as to secure the TV itself to the top of the furniture.

Don't wait for your child to become an addition to this alarming and increasing number of injury statistics. Make every effort right now to protect your kids from a television falling on top of them.