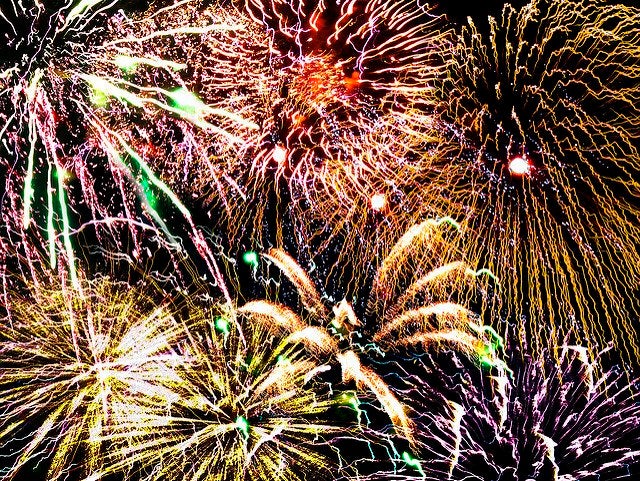 What is it, exactly, with this whole ‘man and fire' thing? Since the beginning of time, we've been fascinated by things that explode when you light them on fire. And of course, there is not a thing wrong with that, if that's one of the ways you like to celebrate on Independence Day, the 4th of July.

Just be sure you know the facts before you reach for the bottle rockets.

The most popular theories say that the Chinese invented fireworks back in the 800's, exploding gunpowder in bamboo to celebrate the New Year. The ignition of loud, sparkly stuff spread quickly through Europe, Asia and India before Captain John Smith decided to give it a try here in the states. In Jamestown in 1608, he decided to strike a flint to something explosive, and the rest is a history of rockets' red glare and bombs bursting in air.

Its one thing to pack up the kids and go watch a professionally-run, planned and staged fireworks extravaganza mounted by the local chamber of commerce. In most cases, the majority of the crew are professionals who do this for a living, all across the country. Although freak accidents can and do happen at a professional fireworks show, far more injuries happen when we set out to light up our own back yards on the 4th.

The most bewildering fact: In 2012, kids aged 9 years or below were involved in 20% of reported fireworks injuries. As much as people may think its ok to let kids run around with a sparkler, accidents do happen. Whether the sparkler doesn't burn like it should, or the child gets it too near their skin, eyes, or clothing, something can go horribly wrong.

Do it yourselfers cause a lot of the accidents. Sometimes people think they're smarter than the people who made the fireworks, and decide to modify or alter them in some way to get more bang for their buck. And in many other cases involving serious fireworks injuries, some folks just start from scratch and try to build their own. Combine a fertile imagination with a couple of beers and a garage full of potential popping projectiles, and who knows whose life will be at risk.

About 8,700 people ended up in an emergency room with a fireworks injury in 2012. Six people lost their life, most of them trying to make or light illegal fireworks. And it probably comes as no surprise that a full 60% of those injured happened in a 30-day period from June 22 to July 22, 2012.

“It's just a little firecracker – what harm can it do”? About 1,200 of emergency room visits caused by a fireworks injury were associated with small firecrackers – the kind that some people think are much more fun if you light the whole pack, instead of one at a time. Lighting a firecracker and tossing it seems easy enough – until the fuse burns too quickly or you discover the firecracker was not packed or manufactured correctly.

The Consumer Product Safety Commission (CPSC) keeps records of all reported firework injuries. And it's important to note the word ‘reported' – no one really knows the extent of charred rooftops, melted yard décor or injuries caused by an accident that the victims were too embarrassed to even report it.

Here are just a couple of detailed examples of what, and how, celebratory pyrotechnics can go from fun to fatal:

No one wants the drama of dealing with an accidental fireworks injury. Try to keep these safety tips in mind from the CPSC:

America is the best Country on earth, and everybody enjoys celebrating our personal freedoms with friend and family. We wish you all a safe and enjoyable 4th of July, and hope you let the professionals handle the fireworks display.