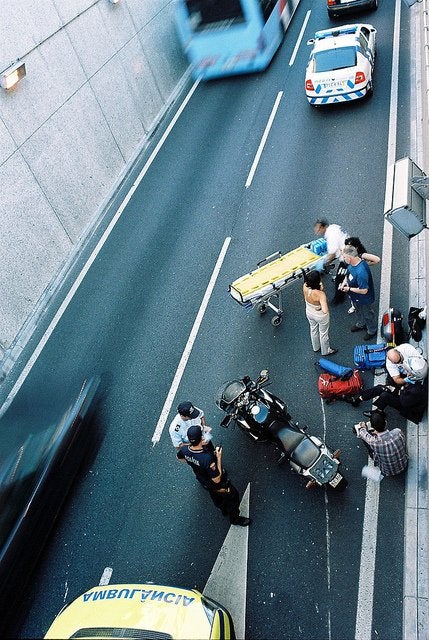 Ever wonder who's to blame more often in an accident involving a car and a motorcycle? Bikers are on a relentless journey to make drivers aware of the motorcycles around them on the road through public service messages and bumper stickers. And many car drivers think that bikers don't do enough to avoid crashes, citing unsafe and reckless biker behavior they may have encountered.

Well, apparently the Florida Department of Transportation was curious, too, and did a study to find out who was at fault in the majority of car vs. bike motor vehicle accidents.

FDOT officials commissioned The University of South Florida's Center for Urban Transportation Research to analyze 10 years' worth of stats on motorcycle crashes in Florida from 2000 to 2010, and the findings were recently published. According to the study, car and truck drivers are the cause of a crash between a bike and a four-wheeled vehicle in the majority of cases – 60% of the time. The head researcher on the study noted that there appeared to be “a bias by people driving – they don't expect to see motorcycles”.

That last statement is one that ticks off a lot of bikers, and for good reason. Real motorcycle enthusiasts know that educating their four-wheeled foes is an uphill, never-ending process. (Sure, there are some bikers out there that ride with a disregard for safety, but they are by far in the minority). Along with the FDOT, there are dozens of other organizations of bikers throughout Florida that offer and abide by safe riding instruction and educational resources, and promote aggressive motorist education about watching out for motorcycles.

Here are some other stats discovered in the research:

Florida bike accidents went from 5,075 in 2000 to 8,542 in 2011. March is when most motorcycle accidents happen, because of the seasonal influx of both cars and bikers here to enjoy the warm Florida sunshine, and Daytona Bike Week drawing tens of thousands of motorcyclists here.

For some great information about how to stay safe on the road, visit the FDOT's Ride Smart Florida.

I've been a Harley owner for years, and I really love taking off down the road on my bike and the feeling of freedom I get behind the bars. But let's face it – there is a big risk involved every time you raise your kickstand, and the more we do to educate those around us about motorcycle awareness, the better.

If you've been hurt because someone didn't see you while you were out riding, give me a call at 239-461-5508. I'll sit down with you at no charge to talk about your circumstances, and help you decide what to do next.