Think You May Not Need a Lawyer? So Did This Guy 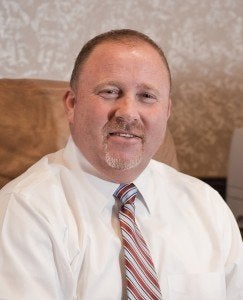 We've all heard the old adage, most often attributed to Abraham Lincoln, that “he who represents himself has a fool for a client”. Recently, there was a case in Pennsylvania that may be a classic illustration of that salient point.

A man in Pittsburgh was representing himself in some legal proceedings, and apparently had filed an appeal with the court to some earlier convictions in his case. He thought he was fully prepared, all his legal ducks were perfectly in their respective rows, and off he went to the courthouse – heck, he even showed up early for his hearing.

Unfortunately, the man had made a simple, but ultimately, costly mistake. He had assumed that the hearing would take place in the same courtroom in which he initially filed his appeals – so, that's where he went. Simple error, right? Wrong. When the Judge looked down from his bench, which sadly was located in the correct courtroom, he did not see the man, and summarily dismissed his appeals of the convictions.

Now, you may think this was a little bit harsh of the Judge – a bit of a rash decision based on an honest oversight – it could happen to anyone, you say. And, so did the man, who quickly filed an appeal of the dismissals with the Pennsylvania Superior Court. Much to his chagrin, the Superior Court's appellate panel ruled against him again, upholding the dismissal of his appeals. The court ruled that since the man had shown up on the correct date and time of the hearings, he obviously was properly notified of the proceedings. The fact he simply got the courtroom wrong carried no weight with the court, basically ruling that his ignorance and misinterpretation were no excuse.

If you've ever read any paperwork involved in any court case, you know how complicated and confusing they can be, especially to those unfamiliar with them. I can't tell you how many times I've gotten a call from a client – someone who had already hired me – who was under the mistaken impression that they need not appear at a given hearing or other pre-trial court proceeding. When I tell them they do in fact need to be there, it becomes crystal clear that they were confused by the legal paperwork. But then again, that's just one of the reasons they hired me.

Do you need a lawyer? So did this guy!

One of the first questions I almost always get when I first meet someone who is considering whether or not they need to hire an attorney is, “Do I really NEED an attorney for this?” And let me be perfectly clear here, the honest answer is no – you may not need a lawyer. However, I always follow that statement with an explanation regarding that the key word here is need. Sure, you may be able to muddle through your legal problems on your own, and things may or may not go as you had planned. This is a perfect example of “what you don't know can hurt you”.

Here's a shocker for you – people who hire a good defense attorney greatly increase the chances of winning their case. Yet there are still some who feel it may be a waste of money, and that they can handle this on their own.

But as so vividly illustrated by the guy in Pittsburgh, just having someone to tell him the correct courtroom to show up at would have been worth the fee.

If you're in a situation that has you wondering if you need a lawyer or not, I suggest you give me a call at 239-461-5508. I'll sit down with you, no charge, to talk about your situation, and help you make that decision. You may decide you could use someone like me on your side. And, if I don't think I can provide a valuable legal service, I'll tell you that, too.

If you'd prefer, you can click here to send me a message – I promise I'll get in contact with you immediately.