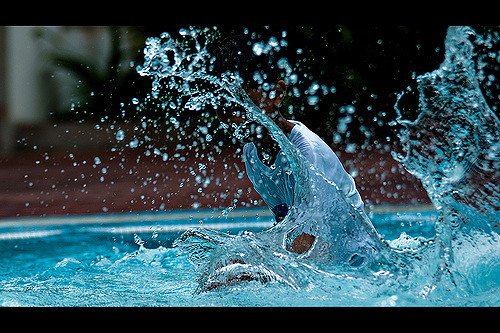 H.O.T. Its only June, and the Florida heat is already oppressive. And with the kids out of school for the summer, that means a lot of them are jumping in the pool to chill out. Sadly, not all of them will get out of the water alive. A newly-released report from the Consumer Product Safety Commission, (CPSC), shows that an average of 390 children die every year from drowning in a swimming pool or spa.

The CPSC is the government agency whose job it is to regulate swimming pool safety, and their report focuses on drownings of those under the age of 15, and covers the years 2010 through 2012. On average, the agency says there were 5,100 pool and spa-related injuries that involved a trip to the emergency room, with 78% of those involving kids under the age of 5-years-old.

The types of pool areas that involved submersion incidents, as they are called in the report, included 40% at public pools, involving children between 5 and 14. But for children under the age of 5, 53% of those submersion injuries occurred at private, residential pools or spas.

When it comes to fatalities, the CPSC received an average of 390 notifications of deadly accident reports during the years covered, with a startling 76% of those involving children under the age of 5. To no one's surprise, the steamy months of June and July were when the majority of kids lost their lives while in a pool or spa.

There are many ways a child can drown in a pool or a spa, some of which are more widely-known than others. Kids swimming unsupervised, or under-supervised, is a leading cause of deaths of those under 5-years-old. But one of the most dangerous causes involve unsafe and outlawed drains and drain covers – or more specifically, the lack of CPSC-approved drain covers. A child can become trapped underwater by the powerful drain suction.

The CPSC, through their national Pool Safely campaign, offers a complete list of resources and educational videos, as well as other important information. For more details and to learn about how you can keep your children safe in your pool or spa this summer, click here.

I can't imagine anything more devastating than losing a child. As a personal injury lawyer with kids of my own, I so often see the trauma and heartache caused by an accidental death of a loved one. I urge you to please check out the CPSC's Pool Safely website, and take every possible precaution to prevent this tragedy from happening in your family.

Stay cool – and safe – this summer.