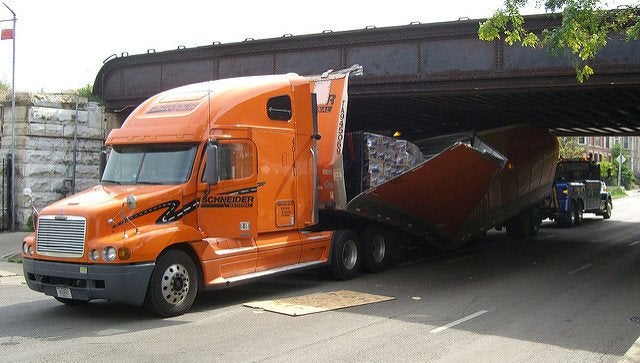 Many people celebrated recently when Florida Governor Rick Scott signed a new bill into law that made texting while driving a non-moving violation, with a first offense hitting you in the wallet for $30.00.

But for those that make their living behind the wheel, the federal regulations passed in 2011 represent a much higher standard of safety restrictions, and carry a much heftier price tag if they get caught.

Some wonder whether Florida's new ban on texting while driving will even make a difference in the number of Florida motor vehicle accidents – some resulting in serious personal injury – that happen because of being distracted while driving. Admittedly, it was a step in the right direction. But, it is called a “secondary offense”, meaning a police officer will need another reason to pull you over before he can question or cite you for texting while driving.

Federal Regulation 49 CFR 392.80 was published by the US Department of Transportation to regulate what people who earn their livings by driving can and cannot do while behind the wheel. Trucking companies, delivery drivers, couriers and more are all regulated by the restrictions, which many feel should be instigated for everyone on the road.

Commercial drivers and the companies they work for are regulated in these ways:

And unlike the watered-down Florida law, commercial drivers can be pulled over if a cop catches them texting behind the wheel. If cited, the fines and penalties for both the driver and the company they work for can be as much as $2,750.00. Drivers cited a second time will be prohibited from driving a commercial vehicle for 60 days, and a third offense leads to a 120-day commercial driving suspension, if they happen within a 3 year period. The federally-mandated regulations supersede the law just signed in Florida.

Just recently in Lee County, a Florida Highway Patrol officer was found to have been checking his emails on his laptop when he slammed into a vehicle on Interstate 75, causing the car to flip and resulting in the death of the pregnant woman passenger's unborn child. The burning question here is obvious – will the FHP officer be held to the same standards as would anyone else? I'm pretty sure a civilian driver would face some rather severe penalties and harsh punishment if found guilty of causing the same type of accident. Time will tell what happens to the State Trooper.

Motor vehicle accidents that involve a commercial vehicle can be some of the most horrific types of crashes because they often involve large trucks. In fact, on the day this post was written, a young Lehigh Acres girl was killed when she was struck by a tanker trailer in Naples. The driver of the big rig also died at the scene. It has been reported that the young girl had stopped in the actual traffic lane, for some unknown reason.

The bottom line is texting while driving is just plain stupid, whether you're commuting to school or work in your personal car or driving the open road to make a paycheck. Pay attention to your driving, and you and everyone else on the road around you will be much safer.

If you or someone you know has suffered an injury as a result of being hit by a distracted driver, I'd be happy to talk to you about your situation. It won't cost you a thing to sit down with me, and let me help you determine if you may have a legal case to recover financial compensation for your injuries, pain and suffering and lost wages from being unable to work.