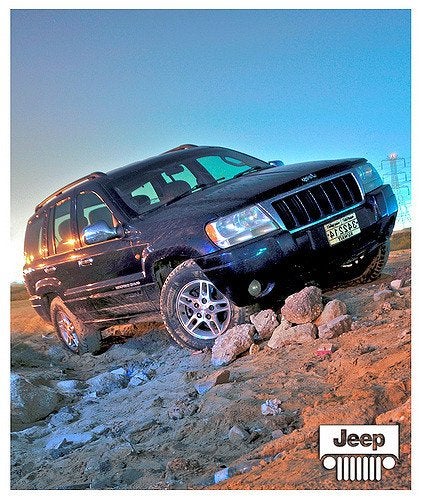 If you bump into a Chrysler or Jeep dealer today, you may want to give him a hug. A quick scan of the news will tell you they are going through what could best be described as the mother of all bad public relations nightmares.

Just 2 days ago, Chrysler Corporation refused a NHTSA request for a voluntary recall involving about 2.7 million older Jeep Grand Cherokee and Liberty SUVs for a faulty fuel tank design that could leak and catch fire in a rear-end collision. But now the company has announced a different recall, this one involving the Jeep Compass and Patriot SUV models, because of problems with the seat belts and air bag deployment. And, a recall of Jeep Wranglers because of transmission fluid leaks.

The car maker will recall about 410,000 Jeep Patriot and Compass models, which are small SUVs, to try to rectify the problem with the air bags and seat belts. The recalled vehicles are from the 2010 and 2012 model years. The company also announced the recall of about 221,000 Jeep Wrangler models from the 2012 and 2013 model year to address leaky transmissions.

In what is considered a rare occurrence, Chrysler denied a June 4, 2013 request by the NHTSA to recall about 2.7 million Jeep Grand Cherokees manufactured from 1993 to 2004, as well as 2002 to 2007 Jeep Liberty models. NHTSA officials claim the design and placement of those vehicles' fuel tanks, mounted above the real axle, can lead to fiery explosions if the SUVs are involved in a rear-end collision. Chrysler has denied that claim, and although they say they are still “working with the NHTSA to resolve the issue”, it's possible the matter may end up in court.

The company previously refused a NHTSA request in 1996, when the agency asked it to recall 91,000 Dodge Stratus and Chrysler Cirrus cars for an alleged seat belt defect. NHTSA sued the company and won in federal court. But in 1998, an appeals court reversed the decision, saying NHTSA had unfairly held Chrysler to a new standard.

The bottom line is many vehicles, as well as other everyday consumer products, can be dangerous or unsafe because of a huge variety of reasons. Thousands of people across the US are seriously injured or even killed in serious accidents involving defective consumer products.

We help people who have been injured because of no fault of their own. Think you may have a case? Click here, and talk to us to find out.