Tweeting Can Be Expensive

Woman's Tweets After Car Crash Cost Her $ in Damages Claim 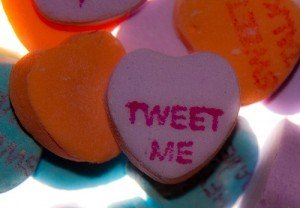 Have you ever felt like telling someone they Tweet too much personal information about what's happening in their lives? Do we really care about every little detail of someone's day-to-day existence?

Unfortunately, this is not just a social media pet peeve – in at least one woman's case, her friends should have told her to just shut up.

Omiesha Daniels of Georgia was recently involved in a car accident, and she sued for $1.1 million in damages. Part of her lawsuit claimed Daniels was unable to continue working as a hairstylist due to the injuries she suffered in the crash.

Then, as often is the case, Daniels could not resist showing all her socially-connected friends how much fun she was having, posting Tweets of her partying in New Orleans and hitting the beach for spring break. She even posted a photo of herself lugging her purse on her arm, which was alleged to have been broken in the crash.

Of course, the defense attorneys in the case had a field day, using Daniels' tweets against her to illustrate she was not as injured as stated in her claim. A jury initially awarded her $237,000, but that was reduced to $142,000 after they were shown the tweets.

It's not hard to see the lesson here. Sometimes, especially after you've been involved in a car accident and have entered into a lawsuit, less is more. Hundreds of studies have been compiled in an effort to find out exactly what psychological motivators propel people to post virtually everything about their lives on their social media platforms. In most cases, we are simply annoyed when you keep tweeting that you just had the best burrito ever made. But in Ms. Daniels' case, her online social skills cost her a bundle.

Bottom line, after being involved in a car accident – keep your mouth shut, and your hands off your keyboard. Talk to a skilled and experienced personal injury attorney first, if you feel you have a case against someone who may have been responsible for causing the crash. It won't cost you a penny to sit down with us to review the facts of your situation. You can tweet us if you'd like, but we suggest you call 239-461-5508 for your free consultation.