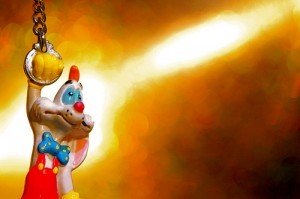 With as many cop shows on television and crime drama in movies people see these days, it's easy to believe that they all accurately depict the act of someone being placed under arrest. Many people assume that all the police need to do is inform the arrestee of their legal “right to remain silent, and an attorney will be appointed for you if you cannot afford one”. The general belief is that if they are not informed of those rights, the validity of the arrest may come under scrutiny.

These are called Miranda rights, and you'd be surprised by how many people don't have a clue what they mean – cops and suspects alike.

A study conducted by the American Psychological Association has uncovered some very surprising research regarding suspected criminals being completely confused, or at least not fully understanding, what their constitutional rights actually are. Richard Rogers, PhD, is a psychology professor at the University of North Texas, and he analyzed the research in the report.

Rogers analyzed 9.2 million arrest records from across the country, looking for cases in which Miranda rights were thought to have had some adverse effect on the outcome of a criminal proceeding. Here are some of the surprising key findings:

Even repeat offenders and street-smart criminals often really don't grasp the actual meaning of their Miranda rights. They think they know them, so they don't pay attention. And, the police often present them in an incorrect and inconsistent way.

If you're arrested, or even detained as someone under the suspicion of committing a crime, you are not required to say a thing. And if that's what you decide to do, that cannot be used against you in future proceedings. Many defendants are intimidated by police investigators, and think that everything they do after you've been arrested is perfectly legitimate – but the research showed that many cases involved tactics and procedures that were less than legal when it comes to protecting the constitutional rights of the arrestee.

Being arrested can cause emotions to run high, and adrenaline to flow. People in this position often talk too much out of a reactionary effort to profess their innocence. But, in an alarming number of criminal arrest cases, there is very good reason to just shut up, and ask for an attorney.

We help people who have been arrested. It won't cost a penny to come in and speak to one of our Ft Myers criminal defense attorneys about your circumstances, and whether you may have a case against those who arrested you, and the way the whole process was handled. Call 239-461-5508 to see if we can help.

Wondering if you have a case? Click here to find out!