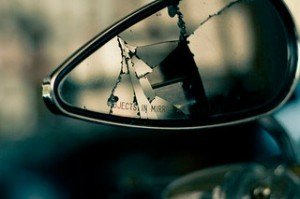 On March 20, 2013, Tallahassee Circuit Court Judge Terry Lewis suspended certain parts of Florida's Personal Injury Protection, (PIP) law, enacting a ban on enforcing certain sections of the new PIP laws that came into effect in January of this year. Lewis' order greatly effects the rights of people injured in a serious car, motorcycle or trucking accident, specifically how, where and when a person can seek medical attention for their injuries.

The Judge ruled that certain sections of the law, such as an injured person's right to seek emergency medical treatment, and the section regarding prohibiting payments to acupuncturists, chiropractors and massage therapists, violated the right of access to the courts as found in the Florida Constitution.

Lewis' order said, “the fundamental right to seek redress for injuries received at the hands of another is a cornerstone of our legal system”, and went on to say that “State and Federal lawmakers have tinkered with these fundamental principles,” of Florida's PIP laws, which were voted into law in the early 1970's, He added that the PIP law is an “example of this experiment with socialism and the trend away from those libertarian principles of individual liberty and personal responsibility.” The State's Office of Insurance Regulation is appealing the decision.

What This Means to An Accident Injury Victim

Fort Myers personal injury attorney Scot D. Goldberg fights for the legal rights of those who have suffered a serious injury as the result of a motor vehicle accident caused by the negligence or carelessness of another. “The amendments to the Florida's PIP law that came about in January placed restrictions and limitations on the amounts a person could recover for their injuries, and where and when they could receive medical treatment for those injuries”, Goldberg noted. “The insurance regulators have now been told that these new law requirements may in fact be unconstitutional, as they severely restrict an individual's right to seek fair and legal compensation through the administration of justice as outlined in the state's constitution”.

People who have been injured in an accident need to know their full legal rights, and how Florida's PIP regulations can effect their financial future. If you have any questions about how these new laws may effect you, call 239-461-5508 and speak to us at no charge. We can help you understand every aspect of the new personal injury protection laws in Florida.