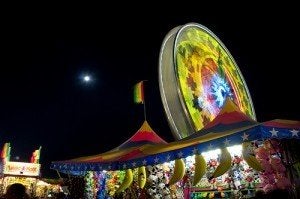 There's an old saying that says, “it's all fun and games until someone gets hurt.” Which is exactly what happened on March 19th when some children riding an amusement ride in Lehigh Acres were injured when the ride malfunctioned.

Officials say the ride, called The Ring of Fire, lost one of its wheels, causing it to tilt dramatically more than intended. Five youngsters were on it at the time, and two of them were transported to Lehigh Regional Medical Center with minor injuries after the accident.

The incident happened at the Lehigh Spring Festival, which is being held at Veterans Park on Homestead Road.

Witnesses to the accident said it appeared as if the ride was going to fall over after the wheel came off unexpectedly. In most cases of amusement ride failure, the operator of the festival rides receives a visit from a state inspector to ensure that the ride is repaired adequately, and no longer poses a potential injury threat to those who ride it.

Little accidents like this can often turn tragic when someone suffers a serious injury caused by a defective or unsafe amusement park ride. The personal injury lawyers at Goldberg Noone Abraham remind you to always make sure your family is safe when attending the many area fairs and festivals held around Southwest Florida.

If you or someone you know has suffered an injury while riding an amusement park ride, or from any other type of accident, give us a call at 239-461-5508 for a free personal consultation. We can help you determine if you may have a case for financial compensation against the ride owner and its operator.